Harvey Mansfield on politics, the humanities, and science 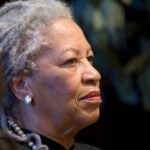 Harvey Mansfield wants to reintroduce the concept of thumos into political science. As employed by Plato and Aristotle, thumos refers to the “part of the soul that makes us want to insist on our own importance.” Mansfield believes that modern political science has excluded thumos, and as a result has narrowed its understanding of what politics is really about.

Mansfield advanced this argument Oct. 3 in a talk titled “How to Understand Politics: What the Humanities Can Say to Science.” The talk was a reprise of the 2007 Jefferson Lecture, which Mansfield delivered in Washington, D.C., on May 8. The Jefferson Lecture was established in 1972 as the highest honor the federal government bestows for distinguished intellectual and public achievement in the humanities.

Mansfield, the William R. Kenan, Jr. Professor of Government, is the author of highly regarded works on Machiavelli, Tocqueville, Burke, and others, as well as the recent book “Manliness” (2006), also an attempt to reintroduce an antiquated term back into current discourse. He has taught at Harvard since 1962.

Thumos, according to Mansfield, begins on a level that man shares with the beasts, “the bristling reaction of an animal in the face of a threat or a possible threat.” But in humans the reaction goes beyond the physical level because humans seek a moral justification for their self-protective response.

“A human being not only bristles at a threat but also gets angry, which means reacts for a reason, even for a principle, a cause. Only human beings get angry. When you lose your temper, you look for a reason to justify your conduct; thinking out the reason may take a while, after the moment of feeling wronged is past, but you cannot feel wronged without a reason — good or bad, well-considered or taken for granted.”

For Mansfield, “Politics is about what makes you angry, not so much about what you want. Your wants do matter, but mainly because you feel you are entitled to have them satisfied and get angry when they are not.”

As Mansfield sees it, underserved groups like women or blacks may agitate for a greater share of society’s benefits, but those demands are secondary to being denied honor and respect, to being “dissed.” He compares their reaction to that of Achilles in Homer’s “Iliad,” who feels anger at Agamemnon for appropriating his concubine Briseis, but then raises the stakes and turns his private anger into an assertion that Agamemnon is unqualified to lead. Thus, bristling at an injustice can lead to political action and even to revolution.

“To complain of an injustice is an implicit claim to rule. It is a demand that the rulers adjust their rule to provide for you, and not merely as a personal favor but as one case of a general principle. Since the rulers already hold their own principles, you might well want to remove them to make way for yours.”

In Mansfield’s view, politics is characterized by groups whose thumos causes them to become angry at being slighted by the group in power, and who then mount campaigns to capture power for themselves. These groups typically justify their actions by proclaiming lofty principles, although their defense of these principles may tend toward bluster and bombast rather than dispassionate rational discourse.

Mansfield distinguishes this eternal contestation among groups from what modern political scientists refer to as self-interest. In this model, as Mansfield portrays it, politics resembles a marketplace in which self-interested groups vie for benefits of various kinds, and by engaging in the political process tend to bring about a sort of equilibrium. Mansfield strenuously disagrees with this interpretation.

“People go into politics to pick a fight, not to avoid one. Self-interest tends towards peace, and if it could replace the thumos in our souls, it would accomplish universal peace. Meanwhile, however, people want to stand for something, which means opposing those who stand for something else.”

“The ambition of political science to be scientific in the manner of natural science is the reason why it ignores the question of importance. Scientific truth is objective and is no respecter of persons; it regards the concern for importance as a source of bias, the enemy of truth.”

Mansfield would rather see those who study politics look toward literature for inspiration rather than toward science. Not only does literature recognize the importance of thumos, it also deals with particular individuals, with names, something science avoids doing because of its focus on generalities and abstractions. Literature also seeks to entertain, an aspiration that science eschews. As a consequence, however, science tends to use a specialized language, thus relying on publicists to translate its findings for the public. “These publicists usually have an ax to grind, and so science, despite its noble intent to rise above petty human partisanship, often becomes involved in it.”

Literature, on the other hand, “is open to different degrees of understanding from a child’s to a philosopher’s, and yet somehow has something for everyone, whereas science achieves universality by speaking without rhetoric in a monotone, and succeeds in addressing only the company of scientists.”

Mansfield ended with a plea to those in his field of study to apply the values of literature and the humanities to the study of politics.

“My profession needs to open its eyes and admit to its curriculum the help of literature and history. It should be unafraid to risk considering what is ignored by science and may lack the approval of science,” he said.