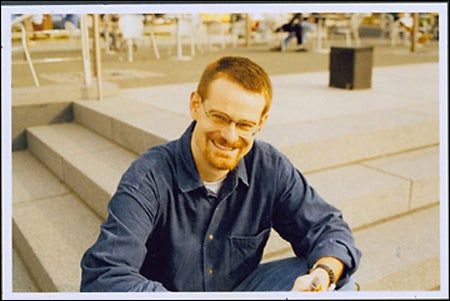 Walter Johnson, a historian whose groundbreaking study of slave markets in the American South provided a jolt to slavery studies, has been appointed professor of history in Harvard University’s Faculty of Arts and Sciences (FAS), effective July 1.

Johnson, 39, comes to Harvard from New York University, where he has been director of the American Studies Program since 2005 and associate professor of history and American studies since 2000.

“Grounded in the New Orleans slave market, Professor Johnson’s first book illuminated the larger meaning of America’s ‘peculiar institution’ of slavery,” says David M. Cutler, FAS dean for the social sciences. “He painstakingly reconstructs the market from the perspectives of masters, slaves, and traders, seeking to recover the meaning of selling and being sold, buying and being purchased. He has thus reshaped our understanding of slavery; rather than seeing it as a paternalistic anachronism, he shows it to have been an essential element of America’s emerging system of capitalism.”

Johnson’s first book, “Soul by Soul: Inside the Antebellum Slave Market” (Harvard University Press, 1999), provided an interdisciplinary study of slavery, synthesizing cultural, economic, and political factors through historical methodology. “Soul by Soul” shifted conventional understanding of slavery from the plantation to the marketplace, providing stunning insight into not only slavery and American history, but the heart of Western capitalism. The interdisciplinary nature of the book earned Johnson the plaudits of both historians and social scientists, along with six major prizes.

Beyond the academy, Johnson’s book earned widespread critical praise in newspapers and magazines throughout the country. In The Washington Post, Jonathan Yardley called it “a fine book, which is at once doggedly scrupulous and quietly passionate.” Laurence N. Powell, writing in the New Orleans Times-Picayune, said, “[T]his is a breakthrough. … On almost every page Johnson has something fresh and original to say.”

Currently, Johnson is writing and researching his second major work, “River of Dark Dreams: Slavery, Capitalism, and Imperialism in the Mississippi Valley,” a study that broadens the scope of his first book by engaging slavery with the history of imperialism and political economy in the antebellum period. More chronological in nature than “Soul by Soul,” this work plots the expansion of slavery throughout crucial events in American history. Studying international and political events such as the Louisiana Purchase, Indian removal in the Southeast, and the Mexican War, Johnson aims to provide a better understanding of the voracious expansionism at the core of the slave regime.

Johnson received a B.A. in history from Amherst College in 1988; a postgraduate diploma in history from the University of Cambridge in 1989; and a Ph.D. in American history from Princeton University in 1995. He has also been a member of the Society of Fellows at New York University (NYU); a Goddard Fellow at NYU; a Mellon Fellow in Cultural Studies at Wesleyan University; a fellow at the Center for Advanced Study in the Behavioral Sciences at Stanford University; and an ACLS-Burkhardt Fellow.