For the Love of the Race

By Special to the Gazette

When Alexis Todor was 10 years old, she experienced her first serious clash with authority: the principal of her elementary school reprimanded her for not throwing away her lunch (she avows it was an accident) and assigned her to garbage duty for the following day. This punishment meant picking up lunch trash in a large amphitheater before a jury of her young peers. A distraught Todor left school that day in dread of her imminent humiliation. But her mother had a brilliant idea: invite your friends to clean up with you, pretend you are the seven dwarves, and whistle while you work. This deft bit of parental advice had a lasting impact on Todor (and she and her friends had a great time during garbage duty the next day).

Todor (pronounced Tudor) attributes her ability to cope with lifes challenges to this kind of parental wisdom and to the supportive family environment in which she was raised. Disney characters aside, she has a unique capacity to change her outlook on life. “Ive never been depressed,” says the 21-year-old psychology concentrator from Pleasant Hill, Calif. “Maybe twice a year, the stress of school and other things comes together and Ill burst into tears. But then its over.” She has cheerful countenance, a laid-back California air about her, and a dependable, easy smile. “Im a very happy person, generally.”

Todor began swimming at age 7, but swam only recreationally for a number of years. Her talent and mental toughness were apparent, however, from the moment she dove into her first race. She finally began serious training with a club team, the Terrapins, at age 13. The shift required a great deal more discipline and seriousness on her part as well as a commitment to spend almost all of her free time in the pool.

“They made us do incredible things,” Todor says of her home team. Things like getting up well before the break of dawn almost every day of the week to swim for a couple of hours before school, and then returning again after school for a total of 30 hours of practice per week. That is more than most national-level college teams practice in a week and requires a kind of single-minded dedication unknown to the majority of American teenagers.

“Quitting never even crossed my mind,” she says. “You just didnt quit. No one quit. I couldnt imagine my life without swimming and I also knew that I wanted to swim in college.”

All of those hours of training brought Todors talents to the surface and she was soon competing in national-level swim meets. She qualified for Senior Nationals in the 200-yard breastroke her senior year of high school, which positioned her among some of the best swimmers in the country. A good place to be when applying to college.

She was wooed by a number of scholarship schools, but she had always set high standards for herself academically and wanted to see if she could get into the Ivy League. Harvard wasnt her first choice, but she fell in love with it on a visit with her dad (it was his idea to check it out) and her excitement only grew as she began visiting other schools. Her enthusiasm for swimming, which had waned a bit out of sheer exhaustion, was enlivened again by the thought of belonging to a large team of women her age. “I was excited to be a part of a real team, to have an immediate group of friends at Harvard.”

Not surprisingly, Todor has been very happy at Harvard. Happiness, above all, is what she strives to attain, but unlike most people, she has a pretty clear idea how to go about it. Just like mother taught, she chooses to change her outlook when life presents difficulties.

Todor has been dealing with chronic tendonitis (a common overuse injury among swimmers) since she came to Harvard. Still she was the top team scorer at Eastern Championships her freshman year, capturing second place in the 200 breaststroke. Sophomore year she was in a moped accident during the swim teams training trip that left her with stitches down her leg; yet she captured third in both the 100 and 200 breastrokes at Easterns and was again one of the teams top scorers. (It should be noted that the 200 breastroke was won by Olympian Christina Teuscher of Columbia University.) Last year both groin and shoulder injuries kept Todor from training consistently, but she remained buoyant, confident, and hopeful about this year.

Asked about her performance in previous years, she states, “freshman year I felt disappointed because I had really high expectations for myself and I really wanted to win. But I got over it right away.”

What keeps her motivated? She loves racing. As Head Swimming Coach (and former Harvard All American) Stephanie Wriede says, “Alexis is a true racer. She welcomes a competitive challenge and approaches all her swims with a positive attitude and a willingness to do what it takes to win.”

Sue Machorek 00, the team captain, says of Todor, “Alexis is one of the strongest swimmers, both physically and mentally, that I have ever met in my 15 years of competing. She always exudes positiveness in practice and it definitely puts the rest of our team in a proper frame of mind. . . . As for racing, I love watching her do the 200 breastroke. The way she turns it on in the third 50 is amazing!”

“Its fun,” Todor says. “I dont let myself get freaked out about competition. If there is one thing I try to impart to my teammates it is a no-fear attitude. Before I step behind the blocks I always think why should I be scared? and I think about all of the training and hard work Ive put in and realize, of course I can do it!”

And she is doing it this season. Not only has she swum the fastest times of her college career, she swam a lifetime best in the 100 breastroke (1:05.09) against the University of Virginia in December. And the real meet season hasnt even begun yet, with dual meets against Yale and Princeton and Eastern Championships on the horizon. Todor is hoping for more lifetime best times before she hangs up her suit.

“I want to go out with a bang. I want to do it because I know I can, not because Im out to prove myself,” she says with unbridled excitement. “But more than that I want to be remembered as a good teammate, friend, and leader.”

It seems she has won already. 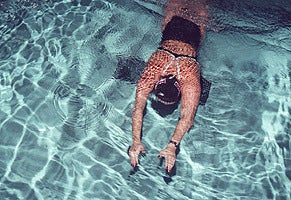 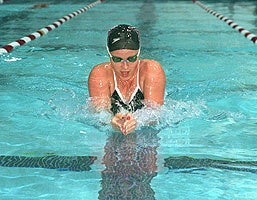