Zika epidemic in Brazil did not affect birth rates 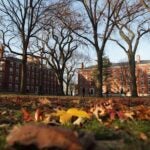 Batteries power landscaping in the Yard

Last year’s outbreak of the mosquito-borne Zika virus in Brazil did not lower the country’s birth rates, despite warnings from the government that women should delay pregnancy to avoid increased risk of severe birth defects caused by the virus. According to Marcia Castro, associate professor of demography at Harvard T.H. Chan School of Public Health, the stable birth rate is likely due in part to the ineffectiveness of Brazil’s birth control program.

“To have a decline in the unwanted pregnancy, that means that women should have control of it in the first place. Access to contraception doesn’t seem to be the problem. Using it correctly is still a problem in Brazil,” Castro said at a seminar held March 23, 2017 at Harvard’s David Rockefeller Center for Latin American Studies, The Harvard Crimson reported. She said that due to a high rate of contraceptive misuse, 40 percent of Brazilian pregnancies are unwanted. Access to safe, legal abortion in Brazil is severely restricted.

While Zika transmission rates have fallen, Castro predicted that the virus is likely to come back. She recommended reducing standing water areas where mosquitoes breed as a strategy for reducing Zika incidence.