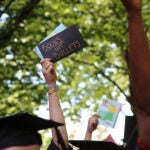 In January 2020 when the first COVID-19 cases were reported in Wuhan, China, Xihong Lin immediately sprang into action, collaborating with scientists there to analyze the city’s epidemic. The researchers estimated the coronavirus transmission rate and showed how it decreased after interventions were implemented, including isolation and quarantine, mask wearing, and social distancing.

Last month, Lin, professor of biostatistics and statistics and coordinating director of the Program in Quantitative Genomics at Harvard T.H. Chan School of Public Health, received the 2022 Marvin Zelen Leadership Award in Statistical Science. The award recognized her advances in statistical methods, particularly as applied to genetics and genomics, as well as her role as a leader and mentor in the field. In a lecture delivered during the virtual award ceremony, Lin focused on her epidemiological work that has been instrumental throughout the COVID-19 pandemic.

She and her colleagues shared the results of their Wuhan study in March 2020 not only within the scientific community, but also with the general public. Lin gave a virtual talk at that time in which she observed that, unlike in Wuhan, health care workers in the U.S. were not properly protected from contracting COVID-19. Unexpectedly, her presentation was widely shared on the internet, inspiring physicians to create a petition calling for access to personal protective equipment for U.S. health care workers. The petition ultimately garnered over two million signatures. “This is probably the best reward to a biostatistician — that a little statistical talk can help the community,” she said.

“Dr. Xihong Lin has distinguished herself as a world leader in statistical methods and applications who has dedicated her career to advancing biostatistics, medicine, public health, and also educating the next generation,” said Tianxi Cai, John Rock Professor of Population and Translational Data Sciences, at the Zelen award ceremony and lecture held in early May.

The annual award is given in honor of statistician Marvin Zelen, former chair of the Department of Biostatistics. “Marvin has served as a caring and supportive, generous mentor and friend for many, many of us,” Lin said. She added that Zelen had a “profound influence on biostatistics, cancer research, clinical trials, and also public health.”

Beyond the initial analysis of Wuhan data, Lin and her lab developed a statistical model to analyze COVID-19 infection, testing, and other data across the U.S. Although data collection was more detailed than during previous disease outbreaks, the researchers still faced challenges with messy and inconsistent data.

In addition to Lin’s statistical work, she advised policymakers and led collaborations across academia, government, industry, and other sectors of society. “Data science definitely plays a critical role in informing evidence-based policy for disease surveillance and control,” she said. “However, I realized that ‘let the data speak’ is just not enough to successfully fight against the pandemic.”