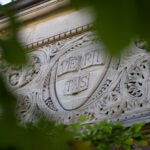 Harvard University’s Wyss Institute for Biologically Inspired Engineering has established its first research and innovation alliance by joining forces with Northpond Labs, the research and development-focused affiliate of a leading science and technology-driven venture capital firm, Northpond Ventures. Through the alliance, Northpond Labs will provide $12 million to create a Laboratory for Bioengineering Research and Innovation at the Wyss Institute and to support impactful research with strong translation potential.

The vision for the five-year strategic alliance was developed by senior leadership at Northpond Labs and the Wyss Institute, including Wyss Founding Director Donald Ingber and Northpond’s Founder and CEO Michael Rubin. In close partnership with Harvard’s Office of Technology Development (OTD), both groups have finalized the collaboration agreement and the agreement for the first funded research project.

As a first translation focus of the alliance, Northpond Labs through the Laboratory for Bioengineering Research and Innovation will sponsor research on the Wyss Institute’s Controlled Enzymatic RNA Synthesis technology to accelerate its development toward commercialization. The novel synthesis approach was created in the institute’s synthetic biology platform and has been funded internally as a translationally focused Wyss Validation Project. The technology leverages a new enzyme-based method of generating synthetic RNA oligonucleotides, which have potential as RNA therapeutics, drug delivery vehicles, and genome engineering tools for a variety of disease applications. By using an engineered enzyme without the need for resource-intensive chemistry, it may provide a more effective and environmentally conscious way to synthesize RNA oligonucleotides than conventional chemical approaches used in industry.

The Wyss Institute has developed a new model for innovation, collaboration, and technology translation within academia, breaking historical silos to enable collaborations that cross institutional and disciplinary barriers. The unique translation model spans the full trajectory, from identifying high-value, real-world problems and developing disruptive technology solutions, to refining, optimizing, and validating these technologies so that they are well-positioned for impactful new licensing and start-up opportunities. This novel approach for technology translation within academia, working in collaboration with Harvard OTD, has so far yielded 3,291 patent filings and 75 licensing deals, including 39 new startups.

Through a separate arrangement with Harvard and the Wyss Institute, Northpond is providing an additional $3 million in funding to the institute to support discovery efforts and to create and fund the Northpond Director’s Innovation Fund. This fund will bolster the pursuit and growth of Wyss projects that have the potential to solve important unmet problems in the world, even when the path to commercialization remains unclear. In particular, the fund will be used to support early projects in areas including synthetic biology, biomanufacturing, synthesis of DNA and proteins, and clean water.