When should you consider buying organic? 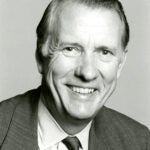 When buying vegetables and fruits, it can be challenging to know when it’s worth spending more for organic products over conventionally produced options that generally have more chemicals. Scientists have linked pesticides in foods to fertility issues and other adverse health effects.

A helpful tool for identifying products likely to have more pesticide residues is the Environmental Working Group’s (EWG) annual list of produce ranked by the number of pesticides in them, called the Dirty Dozen. The group also provides a list called the Clean Fifteen. The lists are based on thousands of produce samples collected by the Food and Drug Administration and the U.S. Department of Agriculture.

Strawberries ranked among the worst on the Dirty Dozen list. More than 98 percent of strawberry samples had pesticide residue and a single sample had 20 pesticides. Spinach ranked second, having double as much pesticide residue by weight on average than other crops.

A Jan. 25, 2018 Men’s Health article discussed these issues, giving advice on how to navigate the supermarket to avoid some of these exposures in the produce aisle.  In the article, Gary Adamkiewicz, assistant professor of environmental health and exposure disparities at Harvard T.H. Chan School of Public Health, provided some framing on these issues, but brought the discussion back to the bigger picture.  “Organic agriculture makes a lot of sense for the environment and for health. This extends to livestock-derived foods, even though we don’t have a lot of studies that show differences in chemical residues between organic and conventional milk specifically,” he said, adding that he personally buys organic milk.