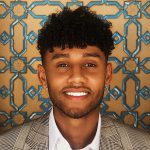 The risk of childhood undernutrition varies widely among villages in India, according to new research led by Harvard T.H. Chan School of Public Health in collaboration with researchers at Harvard’s Center for Geographic Analysis, Harvard’s Center for Population and Development Studies, Korea University, Microsoft, and the Government of India.

The study is the first to predict and map the burden of childhood undernutrition across all of the nearly 600,000 villages in rural India, and the methods developed to do so could be applied to other health indicators and help advance the field of “precision public health,” in which interventions and policies are tailored to smaller populations that are disproportionally affected by specific health issues.

The study was published in the Proceedings of the National Academy of Sciences.

Childhood undernutrition is a major problem in India; the country accounts for almost one-third of the global prevalence of childhood stunting. Precisely identifying areas with high levels of undernutrition, however, can be difficult because childhood nutrition data — and other key public health data — is typically analyzed at the district level. There are 640 districts in India per the 2011 census, a district can cover hundreds of square miles, and each district has an average rural population of 1.3 million people. Studying childhood nutrition data at this scale can result in oversimplified or misleading analyses that overlook substantial disparities within a district. Moreover, this approach can foster a lack of political accountability for the agencies responsible for crafting and implementing policies and interventions.

To obtain a more granular understanding of childhood undernutrition, the research team focused on India’s 597,121 inhabited census villages. Villages are the smallest unit of governance in India, and the researchers said that mapping and analyzing nutrition data at the village level could provide a more accurate understanding of childhood health and result in more informed and effective local politics in India.

The team combined data from numerous sources including the 2011 census and the 2016 Indian Demographic and Health Survey, which contained anonymized GPS data on approximately 20,000 “clusters,” or villages or groups of villages. The researchers then created a machine-learning prediction model to extrapolate the available data and estimate the prevalence of key indicators of undernutrition, including stunting, underweight, and wasting, for every village in the country.

The findings showed substantial variations in undernutrition across villages. For instance, the average predicted rate of stunting across all villages was 37.9 percent. In 691 villages, however, the average predicted rate of stunting was under 5 percent, while it exceeded 70 percent in 453 villages. In all districts, the authors noted, they found a mix of villages with high and low burdens of undernutrition.