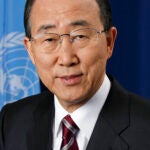 A renowned community organizer told a rapt audience that organizing—bringing people with a common purpose together to create change—could be an effective way to improve people’s health at a time when political realities appear to threaten it.

Marshall Ganz, senior lecturer in public policy at the Harvard Kennedy School’s Ash Center for Democratic Governance and Innovation, offered strategies for organizing before a crowd of hundreds who gathered at Harvard Medical School’s Joseph B. Martin Center Amphitheater on April 4, 2017.

Daley and Williams listed worrisome moves by the Trump Administration, including proposed deep budget cuts to the National Institutes of Health and the Environmental Protection Agency, efforts to repeal and replace the Affordable Care Act, and attempts to impose a travel ban that could prevent colleagues and collaborators from working together.

Citing misinformation that’s being spread about everything from vaccines to climate change, Daley asked, “How are we going to face the remarkable threats against health, against wellbeing, and how are we going to be able to serve people in the absence of rational thinking?”