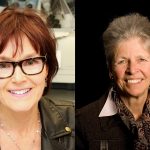 During the past 30 years, the world’s top medical journals have rarely published scientific articles about the impact of racism on health, according to a new analysis co-authored by Nancy Krieger of Harvard T.H. Chan School of Public Health.

Of more than 200,000 articles published over the last 30 years in the New England Journal of Medicine, The Lancet, the Journal of the American Medical Association, and the British Medical Journal, less than 1 percent included the word “racism” anywhere in the text, according to an April 20, 2021, Health Affairs blog by Krieger, professor of social epidemiology, and her co-authors. Furthermore, most of the articles that included the word “racism” were opinion pieces, not scientific studies. And of the few scientific studies that did include the word “racism,” it most often appeared only in the discussion section of the article and was not a focal point of the paper, according to the authors.

In an April 21, 2021, Ideas piece in Time magazine about the analysis, the authors wrote, “In fact, you could count on one hand the articles that attempted to even measure forms of racism as potential drivers of a health outcomes,” in spite of the fact that “there is nearly 200 years of knowledge connecting racism to poor health outcomes.”