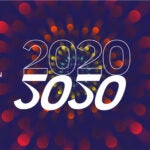 The Office of the Vice Provost for Research is excited to announce the third cohort of fellows to receive support from the Aramont Fund for Emerging Science Research. The Fund provides fellowships for exceptional early-career scholars.

The awardees were nominated by the deans of their respective schools, who were invited to suggest the names of especially promising early-career faculty and postdoctoral scholars. As Aramont Fellows, the scientists not only receive funding for innovative research projects, but also join a growing cross-school network of some of Harvard’s most promising science scholars. (More information about the 2018 and 2019 cohorts is available here and here.)

This research fund was established through the generosity of the Aramont Charitable Foundation to provide much-needed funding for high-risk, high-reward science conducted by graduate students, postdoctoral fellows, and junior faculty at Harvard Medical School, the Harvard T.H. Chan School of Public Health, the Harvard John A. Paulson School of Engineering and Applied Sciences, the Graduate School of Arts and Sciences, and the Faculty of Arts and Sciences.

“We are grateful that the Aramont Foundation has made such a powerful investment in Harvard’s early-career scientists,” said Rick McCullough, vice provost for research and professor of materials science and engineering. “High-risk, high-reward projects often encounter the most difficulty securing funding from outside sources, but they can bear the most promising fruit. These scientists are tremendously talented, and I look forward to watching their boundary-pushing research develop.”

The three new fellows are:

Research project: “Impact of antibiotic persisters on their host during infection”

As Helaine states, “Resistance to antibiotics is one of the most important challenges facing modern medicine.” Helaine studies antibiotic “persisters” — bacterial cells which survive both host immunity and antibiotics and remain in a non-growing state within the host. Using Fluorescence Dilution to study these cells in living mice, Helaine has proved that these persister cells are not dormant, but rather that they reprogram host cells. In this project, she proposes to use CRISPR technology to genetically mark the persister cells in order to determine whether they do indeed regrow, causing relapse, and whether their effect on the host cells makes the host vulnerable to other pathogens. By better understanding the role of persisters, Helaine will contribute to developing therapeutic responses to antibiotic resistance.

Xu’s work spans both physics and materials chemistry. In this project, he proposes to isolate a particle called an “Axion”, which has been postulated but not yet realized, through low-energy electronic excitations of a novel material called a topological Axion insulator (TAI). Xu proposes to derive the TAI from a new material only recently synthesized. If successful, Xu’s TAI would provide a unique experimental platform to test the Axion physics and could provide uses from the creation of ultra-fast memory devices to the discovery of dark matter. With support from the Aramont Fund, Xu will hire a post-doctoral fellow and a graduate student to advance this project, expanding his group and serving as a mentor in this emerging field.

Araromi proposes to customize a sensor mechanism he previously developed for an upper limb wearable system, which will infer key physiological and clinically relevant metrics for early diagnosis and monitoring of the progression of Parkinson’s Disease (PD). PD is a disease where the critical capability to identify common biomarkers continues to prevent early and accurate detection and to hamper effective disease management. Araromi intends to use the sensors he has developed, which are inexpensive to produce, durable, and highly sensitive, to allow clinicians to monitor PD patients for hours or even days.