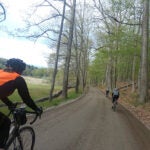 Two Harvard T.H. Chan School of Public Health faculty members recently received Senior Science Awards from the International Aspirin Foundation. Nancy Cook and Julie Buring, professors in the Department of Epidemiology, were honored on Sept. 30, 2016 along with Michael Gaziano, who teachers in the Epidemiology of Aging program. All three also have appointments at Harvard Medical School and Brigham and Women’s Hospital.

The awardees were honored for their work leading teams at the Physicians’ Health Study and Women’s Health Study responsible for the running and long-term follow-up of aspirin trials in prevention of vascular events and other pathology. “As well as answering key questions about the benefits and risks of aspirin, these trials also developed methodology for conducting large randomized trials to a very high standard at remarkably low cost. Lessons from their pioneering work in this area have influenced the design of subsequent trials of aspirin and many other interventions,” a statement from the Foundation said.