The struggle for democracy in the Muslim world 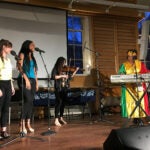 That timeless saying of Winston Churchill, “Democracy is the worst form of government, except for all the others,” framed a day-long discussion on the question of “What’s wrong with democracy?” The program was presented on April 12 by the Benazir Bhutto Leadership Program of ClassACT HR73 and the Weatherhead Center for International Affairs at Harvard University. The purpose of the assembly was to investigate the barriers to effective leadership in the Muslim world and to discuss potential solutions.

ClassACT is a non-profit organization founded by members of the Harvard-Radcliffe Class of 1973 to address important local, national, and international issues by initiating and supporting positive change. One class member was Benazir Bhutto, who was prime minister of Pakistan when she was tragically assassinated in 2007. To honor her memory, ClassACT established the Benazir Bhutto Leadership Program (BBLP) to address critical leadership issues in predominantly Muslim countries.

Among the 10 panelists at the event were two BBLP fellows from Pakistan: Roohi Abdullah and Natasha Jehangir Khan, whose Edward S. Mason Fellowships at the Harvard Kennedy School of Government are supported by BBLP. Two other panelists were members of the Class of 1973: Roger Myerson, who in 2007 was awarded the Nobel Memorial Prize in economic sciences and is currently the David L. Pearson Distinguished Service Professor of Global Conflict Studies at the University of Chicago; and award-winning journalist Sylvester Monroe, now a senior fellow at USC’s Annenberg Center of Communications Leadership and Policy.