The real foe in childhood lead poisoning: Paint in housing 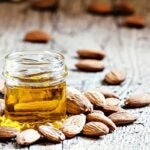 Lead poisoning experts are worried that a U.S. Centers for Disease Control and Prevention (CDC) plan to lower the minimum blood lead level considered safe for children may actually make it harder for kids with the highest blood levels of lead to get the interventions they need, and obscures the real need: removing lead paint from housing.

The current CDC threshold states that blood lead levels higher than 5 mcg/dL (micrograms per deciliter) of blood are unsafe for children. The agency is expected to lower that benchmark to 3.5 mcg/dL. The move is aimed at further protecting children because no exposure to lead, however small, is considered entirely safe.

But the CDC plan is expected to draw hundreds of thousands of additional children into an underfunded and overburdened case management system for lead poisoned children.

Mary Jean Brown, adjunct assistant professor of social and behavioral sciences at Harvard T.H. Chan School of Public Health and former chief of the CDC’s Healthy Homes and Lead Poisoning Prevention Branch, thinks that the focus should be on removing lead paint from older homes — where most children, typically in low-income neighborhoods, are exposed to lead — rather than on lowering benchmarks for lead exposure.

“Chasing down kids with 3.5 mcg/dL I think is a distraction from what the real priority should be, and that’s chasing down lead-contaminated housing,” she said in a March 21, 2018 Undark article.

An estimated 37 million houses and apartments in the U.S. are contaminated by lead paint, according to the Undark article. Children exposed to lead can suffer symptoms including cognitive disabilities, behavior problems, seizures, anemia, renal failure, or lethal brain swelling.