The impact of the pandemic on Native American communities 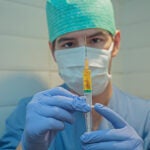 Harvard Project on American Indian Economic Development researchers released the preliminary results of a study on the impact of the COVID‐19 crisis on the economies and governments of the country’s 574 federally‐recognized American Indian nations. Writing to Secretary of the Treasury Mnuchin, researchers Randall Akee, Eric Henson, Miriam Jorgensen, and Joseph Kalt report that the COVID‐19 crisis poses an immediate threat to three decades of steady improvement in economic conditions across Indian Country.

Under federal policies of self‐determination through self‐government, tribes now routinely undertake and largely self‐fund the full array of basic governmental services that any state or local government is expected to provide. Yet, tribes lack traditional tax bases. Instead, they overwhelmingly rely for funding on the earnings of their gaming and non‐gaming business enterprises.

To protect the health of their citizens and the communities around them, the tribes have now closed all 500+ tribal casinos and many of their non‐gaming businesses. In the wake of these closures, tribes are facing massive layoffs, their workers’ losing insurance coverage, dipping into hard‐earned assets, and building up debt.

The Harvard Project team estimates that directly and through spillover effects into surrounding communities, tribal gaming and non‐gaming enterprises and tribal governments together support more than 1.1 million jobs and more than $49.5 billion in annual wages and benefits for American workers. Moreover, more than 900,000 of these jobs are held by non‐Indians, with associated annual wages and benefits worth fully $40 billion. Even state, local and federal tax revenues are facing severe hits from the impact of the current crisis affecting tribes — to the tune of $9.4 billion per year at the state and local level, and $15.9 billion federally.

With the U.S. Treasury Department working rapidly to disperse response funds to tribes, the Harvard Project team recommends guidelines for fund allocation. The team stresses that more than 30 years of Harvard Project research finds that self‐determination through self‐governance is effective and accordingly, tying tight federal strings around COVID‐19 federal response funds for tribes will be counterproductive. The need for COVID‐19 response funds is correspondingly great.