The dangers of heat during pregnancy 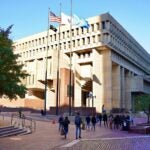 Higher temperatures were linked to impaired fetal growth, according to a study from Stefania Papatheodorou, lecturer on epidemiology at Harvard Chan School, and colleagues. Papatheodorou discusses the implications of the study—and what pregnant people can do to protect themselves during days of extreme heat driven by climate change.

Harvard Chan School: What were some of the specific findings of your study? Will you be pursuing this line of research?

Papatheodorou: We studied a large pregnancy cohort from eastern Massachusetts, looking at nearly 9,500 pregnancies. Adjusting for air pollution as well as characteristics of the mother, we found that temperature has a profound effect on fetal growth. Fetal growth is measured by head parameters, abdominal circumference, and femur length. We found that the head parameters, which characterize brain size, were particularly affected by temperature, and more so early in pregnancy. They were more sensitive than the rest of the structures in the body.

We don’t yet know what the clinical importance of these findings are. To see if these heat-related changes in fetal structures result in actual neurodevelopmental outcomes, we are now doing a larger study. We got a large grant to do a national analysis of more than 1.4 million pregnancies between 2000 and 2014, using Medicaid data. This study will be aimed at teasing out the association between climatic factors, air pollution, and neurodevelopmental outcomes. We hope to have results within a year.

Harvard Chan School: How does your recent study fit in with your overall research interests?

Papatheodorou: My main research is about the intersection between air pollution and climate change. But it’s not adequate to just look at the effects of particulate matter air pollution [PM2.5] and other pollutants. We always want to see if negative health effects are truly related to air pollution or to something else that is related to climate change. Last year we published a study that looked at the effect of PM2.5 on fetal growth. It took temperature into account. That study showed an independent effect of temperature on fetal growth, higher than the effect of PM2.5. Given that finding, we wanted to highlight the effects of heat in a separate paper, because the impact of heat on fetal development can have huge implications for later life.

Harvard Chan School: What can pregnant people do to avoid the potentially negative impacts of heat on fetal growth?

Papatheodorou: Pregnant people can avoid spending a lot of time outdoors when it’s extremely hot, and use air conditioning. But it’s not that simple, because there are disparities. For instance, some people may not have air conditioning, or may not be able to afford to put it on 24/7. Maybe they have to work outside regardless of the weather. Maybe they can’t afford to lose days of work.

Given these realities, and as temperatures are likely to become more extreme, we really need to find solutions now, because they can take years to implement. We need to have policy-level solutions to support people in protecting themselves from climate change.