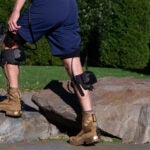 Herbert C. Kelman, the Richard Clarke Cabot Professor of Social Ethics emeritus at Harvard and the director of the Program on International Conflict Analysis and Resolution at the Weatherhead Center for International Affairs (1993-2003), died March 1 in his Cambridge, Massachusetts, home. He was 94

Born in Vienna in 1927, Kelman’s family fled the Nazis, first to Belgium and then to the United States. In the 1940s, influenced by childhood experiences, he became involved in civil rights movements and interested in how psychology could contribute to peace and justice. He attended Brooklyn College, and then Yale University, under the mentorship of Carl Hovland, where he received his social psychology Ph.D. in 1951. It was there, he articulated and experimentally validated his tripartite social influence theory.

In Baltimore, as a Johns Hopkins postdoctoral fellow, he met Rose Bousman, whom he wed in 1953. They continued their joint work in peacemaking for the remainder of their 67 years together. She supported him as he held faculty positions at the University of Michigan (1962-1969) and at Harvard beginning in the Department of Social Relations (which later became part of the Psychology Department) (1957-1962, 1969-2022).

Kelman was regarded as a consummate social scientist and scholar-practitioner, who contributed to the understanding of human behavior and demonstrated how to apply that knowledge to social problems. At the same time, he emphasized the importance of moral conduct, defined by treating persons (even enemies) with dignity. His expertise and ethics informed the development of the interactive problem-solving workshop, an unofficial third-party approach to the resolution of international and intercommunal conflicts. Starting in the 1970s, the focus of his career was on facilitating resolution to protracted ethnic conflicts, with special emphasis on the Israeli-Palestinian conflict.

He was past president of the International Studies Association, the International Society of Political Psychology, and several other professional associations. He was recipient of numerous awards, including the Kurt Lewin Memorial award (1973), the American Psychological Association’s Award for Distinguished Contributions to Psychology in the Public Interest (1981), the Grawemeyer Award for Ideas Improving World Order (1997), the Austrian Medal of Honor for Science and Art (1998), and the Gold Medal of Honor of the Federal Capital of Vienna (2012). His major publications include “International Behavior: A Social-Psychological Analysis” (editor; 1965), “A Time to Speak: On Human Values and Social Research” (1968), and “Crimes of Obedience: Toward a Social Psychology of Authority and Responsibility” (with V. Lee Hamilton; 1989).

Kelman’s work influences scholars and practitioners throughout the world. His legacy of combining excellent scholarship with action and love will continue in the work of his academic children, grandchildren, and great-grandchildren — of which there are too many to name.