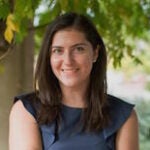 HKS alumni and student named in Forbes’ 30 Under 30

The Shorenstein Center on Media, Politics and Public Policy, based at Harvard Kennedy School, is pleased to announce the appointment of its spring 2017 fellows.

“Following one of the most remarkable presidential campaigns in American history, our spring fellows will bring true insight to the turbulent times our politics and our media face,” said Center Director Nicco Mele. “From the role of media in political polarization to the press coverage of international refugee and migrant issues, we look forward to our fellows’ contributions to the Kennedy School community and the world at large.”

These distinguished leaders in journalism, technology and political communication will be joining Richard Stengel, Walter Shorenstein Media and Democracy Fellow, through May 2017.