SHINE research recognized with Paper of the Year award 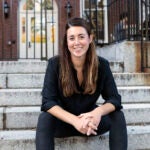 Creating a culture of success — for all college students

Research from Harvard Chan SHINE was chosen as a 2021 Paper of the Year by the American Journal of Health Promotion. In the paper, Character Strengths Involving an Orientation to Promote Good Can Help Your Health and Well-Being. Evidence from Two Longitudinal Studies, authors Dorota Węziak-Białowolska, research scientist, SHINE, Piotr Białowolski, research associate, SHINE, Tyler J. VanderWeele, director, Human Flourishing Program and Eileen McNeely, director, SHINE, examined the impact of an orientation to promote good — one aspect of strengths of character, understood as having consistent thoughts and taking actions that contribute to the good of oneself and others — on flourishing outcomes.

The Paper of the Year awards aim to “honor some of the best scientists in the health promotion discipline and, in particular, to recognize those who bring outstanding humanity to their field of inquiry and bigheartedness to their writing,” according to Paul Terry, editor-in-chief, American Journal of Health Promotion. “Reviewing the best studies reported on these pages gives us an opportunity to revisit unique research questions leading scholars in our field are pursuing and to consider how the results of their research can inform progress in our field. This is our chance to feature the best of the best.”

“This paper offers a brilliant review of how the continuum between personal flourishing and collective well-being should not only be considered seamless, but mutually reinforcing.”
— Paul Terry, editor-in-chief, American Journal of Health Promotion

Of the award-winning SHINE paper, Terry says “Dorota Weziak-Bialowolska and colleagues wondered whether people taking actions that contribute to the good of others would have mental health and other well-being benefits. They found that this character orientation not only fostered happiness and life satisfaction, promoting good was also associated with less stress and loneliness at work and in the community. Weziak-Bialowolska’s findings were all the more interesting given she and colleagues examined this do-gooder tendency in two culturally different populations and found that the benefits of social connectedness are not confounded by culture.”