Sharing the lessons of school improvement 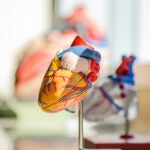 When Harvard Graduate School of Education (HGSE) doctoral student student Mona Ford Walker began her role as principal of the F. Lyman Winship Elementary School in the Brighton section of Boston in 2015, the school was among the lowest performing in Massachusetts. Under Ford Walker’s leadership, things began to change, and in 2018 and 2019 the school was named a Massachusetts School of Recognition — the only within Boston Public Schools (BPS) to receive the designation two years in a row.

This year, under the guidance of another HGSE school leader, Brian Radley, Ed.M.’19, the Winship was selected as the first-place winner of the School on the Move Prize, a sought-after award from the Boston-based school improvement organization EdVestors.

The award, which recognizes the Winship for showing three years of continuous school improvement and accelerated student achievement compared to its peers, comes with statewide recognition and a $100,000 prize, to be used however the school decides. Of 125 public schools across the city, only 16 were invited to apply for this award, based on achievement data assessed by EdVestors.

What scalable lessons of improvement can be learned from the Winship’s experience? HGSE sat down with Ford Walker and Radley to learn more about how the Winship’s growth might serve as an example for change across the district and beyond Boston as well.

When some educators hear the term “experiential education,” they balk. There is a common fear that such pedagogy is not standards-based and cannot meaningfully be aligned to curriculum. But it can be — and at the Winship, it is. The school is committed to experiential learning that extends from the curriculum into students’ daily lives.

As an example, Ford Walker tells the story of two staff members at Winship using the recurrence of food waste in the cafeteria as a teaching moment. Rather than letting the students continue to throw away their apples, the staff members collected them and used them for lessons on food production and preparation (even bringing cider presses to school so the scholars could make their own cider), sustainability, and giving back to others.

“This academic experience was birthed organically,” said Ford Walker, who is earning a doctor of education leadership at HGSE. “That’s what we have encouraged the team to do. Find these experiences that you can engage kids in that are fun and exciting, but also embedded in crucial learning that is standards-based and that will help students contribute to their communities in impactful and meaningful ways.”

Ford Walker and Radley’s shared commitment to experiential learning was inspired by their late mentor, Virginia Chalmers, former principal of the Young Achievers Science and Mathematics Pilot School in Boston, where Ford Walker taught and was a mentor to Radley during his time in HGSE’s School Leadership Program. Ford Walker’s experience with experiential education under Chalmers’ leadership, and as well as her commitment to project-based learning and social justice, allowed her to encourage her teaching team at the Winship to embrace this type of learning experience for all learners.