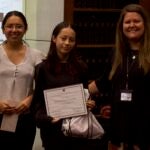 Avner Halperin is a research fellow with Harvard Kennedy School’s Middle East Initiative, based in the Belfer Center for Science and International Affairs and led by Ford Foundation Professor of Democracy and Governance Tarek Masoud. Halperin and colleagues Mahmoud Khweis, a tech entrepreneur focusing on the Palestinian economy, and Ely Sandler, an Israel Policy Fellow pursuing a master in public policy degree at HKS, have proposed the creation of a new foundation — what they call the Global Palestinian Innovation Foundation (GPI) — to boost the Palestinian tech sector. We asked Halperin about the research, the foundation, and how GPI can succeed where other efforts have failed.

Q: How did the idea for the GPI Foundation come about?

Halperin: I have been involved in high tech in the Middle East, especially in Israel, for the past 30 years. In that time, I worked on inclusion in high tech, thinking of how we get more and more populations involved. For example, my company, based in Israel, had a Palestinian R&D team working for us developing health software apps for the U.S. market. When I left that company and had an opportunity to connect with the Middle East Initiative and with Professor Tarek Masoud, we both thought it would be great to do some research on policies that could promote inclusiveness in high tech in the Middle East. We saw there was a lot of policy work already being done in that area on the Israeli side. So, we pivoted to what we considered a real opportunity: promoting the Palestinian tech sector, especially in the West Bank.

In my year as researcher at HKS, I partnered with a Palestinian colleague, Mahmoud Khweis, and another HKS colleague, Eli Sandler, at the Middle East Initiative to develop GPI.

Q: Your new report notes the lack of tech development in the Palestinian territories is not because of a lack of effort or financial support but rather due to a failure to establish mutually beneficial partnerships and prepare participants for the international business scene. How does your plan remedy this?

Halperin: What we have proposed is a new policy initiative that actually focuses on building international business links and business partnerships. We took our lead from a very successful U.S. policy initiative, the Binational Industrial Research and Development (BIRD) Foundation, which promoted the Israeli high-tech sector. The idea is to put money to work where we actually build bridges of collaboration between Palestinian businesses and American entities and Gulf entities.

The other critical gap is the lack of a champion. If you want to build a tech ecosystem, especially a peripheral one, whether it’s in Israel, in Taiwan, in Singapore, or in Ireland, you can’t just expect it to succeed on its own. You need somebody to champion it.