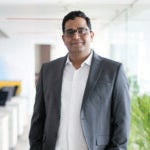 The Infosys Science Foundation (ISF) this month awarded the winners of the Infosys Prize 2020 for their outstanding contributions to science and research in a virtual awards ceremony.

William A. Ackman Professor of Public Economics Raj Chetty was awarded the prize in social sciences for his pioneering research in identifying barriers to economic opportunity, and for developing solutions that help people escape poverty towards improved life outcomes. His research and ability to discern patterns in large data have the potential to induce major shifts in the discipline of economics.

The winners were handpicked from 257 nominations by six jury members comprising renowned scholars and professors from around the world.

The Infosys Prize has a history of awarding exceptional talent, some of whom have also earned prestigious international honors like the Nobel Memorial Prize in Economic Sciences, the Fields Medal and the Padma Shri. By recognizing these researchers and celebrating their achievements in the applied and theoretical domains, the Infosys Prize aims to create role models who will encourage young minds to explore science and research as career options.

“The trustees of the Infosys Science Foundation dream of an India where the poorest children can have reasonable access to nutrition, education, healthcare and shelter, and have confidence in a better future,” said Infosys founder and ISF president and board of trustees member Narayana Murthy. “For that, we need well thought out and impactful ideas that are speedily executed without corruption. Developed countries have succeeded mainly by improving their higher education and research systems. The Infosys Prize contributes to this mission in India by honoring the best scientists and researchers, whose work has the potential to improve our world.”

To learn more about the laureates and their work, visit the Infosys Science Foundation website.