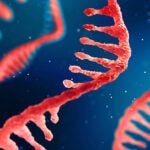 Harvard’s Radcliffe Institute for Advanced Study was one of seven Boston-area higher education institutions to host Boston Public School students on Aug. 5­–9 as part of the Summer of HOPE Institute.

Radcliffe, in partnership with the Boston Public Schools (BPS) and the Juvenile Alternative Resolution Program of the Suffolk County District Attorney’s Office, designed a curriculum focused on socio-emotional learning, personal narrative, and the concepts of justice and injustice.

The workshop reflected Radcliffe’s new strategic plan, Radcliffe Engaged, which channels Dean Tomiko Brown-Nagin’s vision of active engagement between institutions of higher learning and local communities. Radcliffe convened facilitators and guest speakers from across Harvard to work with BPS students to build a community of trust and respect, engage in difficult conversations, explore one another’s stories, and delve into examples of activism from the “Papers of Angela Y. Davis,” now housed at Radcliffe’s Schlesinger Library on the History of Women in America.

Students started the week by offering definitions of justice and injustice and imagining ways to build a more just world, exploring their ideas through music. The students analyzed videos and lyrics by Carrie Underwood, Beyoncé, and Dead Prez, which led to a debate on art and activism.

Later, students connected Davis’ writings to their own values, drawing on such sources as “Get It Together: An Open Letter to Black High School Students from Angela Davis, Marin County Jail, March 23, 1971” to examine history through a contemporary lens. In the letter, Davis writes, “Our people, and particularly you, my youth, are growing conscious of our power, our strength.” Decades later, her questions for young people have lost none of their immediacy: What will you do with your voice and freedom? How will your voices help us move toward a world where we can all be free?