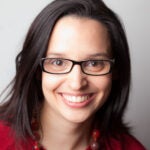 Invoking the memories of Emmett Till and Muhammad Ali, Professor Jonathan L. Walton, the Plummer Professor of Christian Morals and Pusey Minister in the Memorial Church, spoke out in support of San Francisco 49ers Quarterback Colin Keapernick during Morning Prayers Thursday.

Last Friday before the preseason game between the 49ers and the Green Bay Packers, Kaepernick expressed his feelings about the state of race relations in America by refusing to stand during the singing of the national anthem. Thursday, the quarterback, who kneeled before the national anthem, was greeted in San Diego with a chorus of boos from Chargers fans.

“I have embraced a new sports hero this week,” Walton said during his address at Morning Prayers in Holden Chapel Thursday. “His name is Colin Kaepernick. He has drawn the ire of many sports fans this season because he remained seated silently on the bench during the singing of the Star-Spangled-Banner. His aim is to call attention to unjust policing of communities of color and how very few are being held accountable for the death of unarmed citizens at the hands of police officers.”