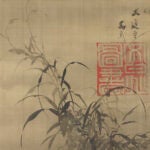 The five-year grant will allow Yacoby to explore novel ways of measuring the magnetic properties of quantum matter. Yacoby is among 20 U.S. scientists named Experimental Investigators by the Moore Foundation. This is the second time he’s been awarded the EPiQS grant.

“I was very, very excited about this,” Yacoby said. “One of the great things about this initiative is that it’s very flexible. It really allows us to try out things that we would otherwise not be able to try.”

Yacoby is professor of physics at the Harvard Faculty of Arts and Sciences, a professor of applied physics at the Harvard School of Engineering and Applied Sciences, and a visiting professor at the University of Waterloo in Ontario, Canada. In 2014, his lab developed a magnetic resonance imaging system that can produce nanoscale images, and may one day allow researchers to peer into the atomic structure of individual molecules. That same year, he was named a Fellow of the American Association for the Advancement of Science.

His lab focuses on exploring novel approaches to unraveling the physical phenomena that results from the interactions between electrons in a variety of systems of reduced dimensionality. His first grant from the EPiQS initiative allowed him to study neutral excitations (or spin) in quantum materials. This new grant will see him expand on that initial work. He hopes to create an entire toolset to not only study spin excitation but be able to reconstruct it. The work will involve developing experimental techniques for examining magnetic states in quantum materials using magnons, or spin waves.

The Experimental Investigator grant award within the EPiQS initiative was established in 2014. Since then, it has supported research programs that cross the boundaries between physics, chemistry, and materials science that have a potential for significant advances in the concepts and methods used to investigate quantum materials. The twenty scientists named today join 13 scientists awarded grants earlier this year.

“The Experimental Investigator awards are the largest grant portfolio within the EPiQS initiative,” said EPiQS Initiative Program Officer Amalia Fernandez-Pañellae. “We expect that such substantial, stable and flexible support will propel quantum materials research forward and unleash the creativity of the investigators.”

“I think what the Moore foundation is doing, or basic research is really extraordinary,” Yacoby said. “They are they are really making a significant impact on fundamental research in this area of strongly correlated [quantum] matter.”