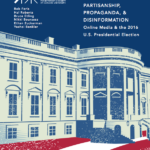 A new in-depth analysis of results from 27 national public opinion polls by 12 survey organizations finds that the failure of the recent U.S. Senate debate over proposals to repeal and replace the Affordable Care Act (ACA) relates to deep divisions among Republicans, as well as between Republicans and Democrats, on the future of the ACA. In addition, the analysis suggests that the outcome of the debate was influenced by a substantial growth since the ACA’s implementation in public support for the principle that the federal government should ensure that all Americans have health insurance coverage.

The article, which provides a framework for understanding how the American public viewed the recent congressional debate over repealing and replacing the ACA, was published online on Aug. 16, 2017 in the New England Journal of Medicine.

The analysis finds that Republicans in the general public are much more divided on health care issues than was recognized by many commentators at the time of President Trump’s election, making it more difficult to enact major legislation. When asked what Congress should do about the ACA, 50 percent of Republicans said they preferred to repeal the law and replace it, but 14 percent preferred to repeal the ACA without replacing it, while 29 percent wanted to keep the law but work to improve it, and 4 percent wanted to keep the ACA as it is.

In addition, the polls show how polarized Republicans and Democrats are about the overall future of the ACA. On most specific policy issues in the debate, the two parties disagreed, but there is one major exception: Majorities of both agree that the number of people covered by Medicaid should not be reduced.

The most significant change since the implementation of the ACA has not been the increase in public approval of the ACA, which has gone from 44 percent in 2012 to 49 percent at the time of the recent debate in 2017, but rather the rise in overall support for universal coverage. When it comes to the question of whether or not the federal government should make sure that all Americans have healthcare coverage, six in 10 (60 percent) now say that it should be the federal government’s responsibility. The proportion of the general public saying they believe it is the federal government’s responsibility has risen from 42 percent in 2013 to 60 percent in June 2017.

“When confronted with millions losing coverage, the public became more supportive of the principle that the federal government should ensure coverage for these people,” says Robert J. Blendon, Richard L. Menschel Professor of Health Policy and Political Analysis at Harvard T.H. Chan School of Public Health and lead author of the article. “This substantial change likely impacted the outcome of the Senate debate.”