Nobel laureate discusses the value of research and practice 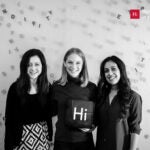 International development needs scholars from a variety of backgrounds and the input of practitioners, Nobel Laureate Michael Kremer told the audience at a special event organized by Harvard’s Center for International Development.

The event took place on Nov. 5 at the Smith Center’s public auditorium. Throughout the evening, Kremer’s insights, the questions posed, and the diversity of expertise represented in the room came together to send a clear message. Kremer’s work testifies to the synergistic relationship between research and practice: Efforts to affect real change in the world are most fruitful when the academic exercises of theory and experimentation are undertaken alongside and directly informed by policymakers, practitioners, and the research beneficiaries themselves.

Below are some excerpts from Kremer’s talk, lightly edited for length and clarity.

On an inclusive approach to poverty reduction:

International development work requires, and is naturally suited to, teams of people with very different subject matter backgrounds … from economists to public health specialists, education specialists, and psychologists. Depending on the project, it also involves very deep interaction with government workers, NGO workers, and ultimately the clients of the research — students in a school or farmers — who are motivated by certain issues and will offer valuable insights. What’s perhaps unusual about this field is that we feel we’re all working toward a common goal.

On Kremer’s origins as a development economist:

I had been interested in international development and cared about this issue — I know that Esther and Abhijeet, my co-laureates feel the same way — in part because of how I was raised as a child by my parents who believed that we have certain obligations to help address injustices in the world.

I was a social studies concentrator as an undergraduate and benefited immensely from that program. People who work in international development very quickly realize the interdisciplinary nature of the problems.

I took more economics classes over time, and I took a class with [a professor] at the precursor to CID — the Harvard Institute for International Development — who worked in Kenya. Through him, I applied for funds — as I assume many of you will — to do my senior thesis research over the summer in India and in Sri Lanka. I received the funds, went to Sri Lanka, went to the library and the government offices to look up the records on the program I was studying, and diligently wrote them all down. Then at the end of that summer, I got the chance to visit a village and I realized what I’d been missing out on the rest of the summer. Having done that, I realized that if I wanted work in this field, it was important for me to spend more time in developing countries.

Listen to the full event on CID’s podcast “Michael Kremer in Conversation with Harvard Students.”