Mothers bound by grief and forgiveness 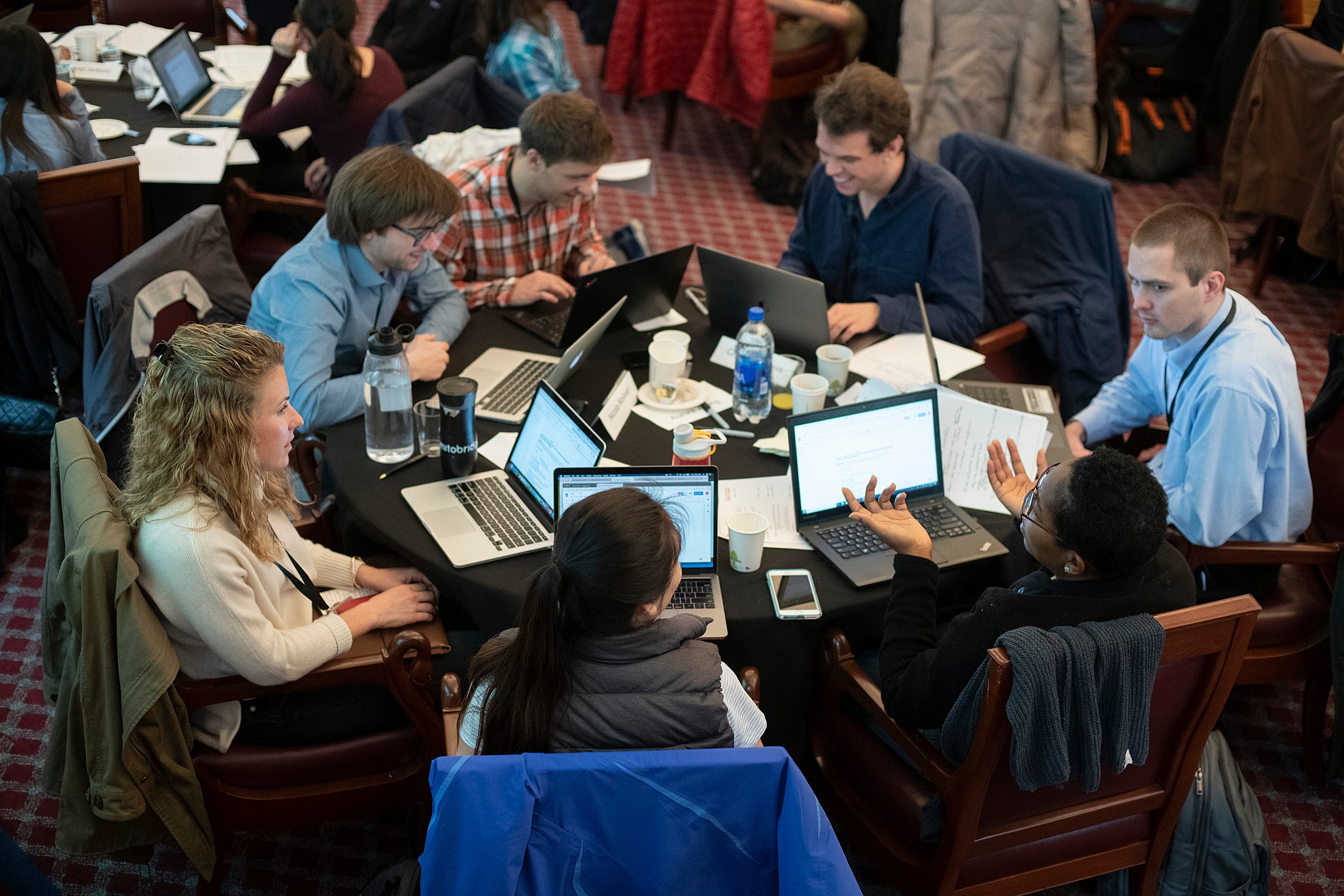 Advice: Dream big, listen to the market, ask for help

In 2001, Janet Connors’ son, Joel James Turner, was stabbed to death in his Dorchester apartment. While three of the men charged in the killing received prison sentences, a fourth — the one who Connors believes was mainly responsible — was released on reasonable doubt.

The grieving mother felt she needed to create her own justice. She quickly realized her path forward would be rooted in forgiveness, rather than retribution. Five years after the murder, Connors became the first person in Massachusetts to hold a victim-offender dialogue, a meeting between a victim and offender, after the offender is incarcerated.

“When it happened, my first thought was, ‘Who are these monsters?’” Connors said at a recent Radcliffe event. “But, if I hold them in their humanity, then I can hold them accountable.”

Accountability is key to Connors’ idea of restorative justice, which she encourages as a “circle keeper” for the local nonprofit Our Restorative Justice. Circle keepers lead conversations that promote healing and forgiveness.

To Connors, a circle is a sacred space; it’s a practice based on an indigenous peace-keeping ritual. Every circle also utilizes a talking piece, designed to limit reactive responses and ensure active listening.

Documentarian Julie Mallozzi’s “Circle Up” highlights the use of circles as a means to spread restorative justice. Last month, the Radcliffe Institute for Advanced Study screened a short version of the film, followed by a discussion with Mallozzi and film subjects Connors and Clarissa Turner, who struggled to let go of her anger after her son was murdered in 2011.

“Homicide doesn’t come with a book of instructions,” Turner said. She now speaks with victims and offenders through her nonprofit organization Legacy Lives On. Through these circles, Turner’s perspective of prisoners has changed. “The reality is that they’re human beings. As they transform, we transform. As they heal, we heal.”

Restorative justice requires this shift of perspective, the mothers said. Conversations need to focus less on placing blame and more on questioning what happened and who was harmed, Connors added.

The event was one in a gallery series taking place in Radcliffe’s Johnson-Kulukundis Family Gallery. Speakers respond to the exhibition currently on view, “Willie Cole: Beauties,” full-scale prints made from crushed and hammered ironing boards. The series invites the community to react to the art and generate new ideas for discussion.

For Turner and Connors, the event was another opportunity to spread their message and build community. Since the documentary first aired in 2017, they have spoken at schools, prisons, and to survivor groups.

“Circles can be happy or sad — they simply build relationships,” Turner said. “Circles are beautiful. Powerful.”