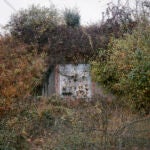 These lectures recognize individuals of extraordinary talent who, in addition to their particular expertise, have the gift of wide dissemination and wise expression.

The next Norton Lectures, in the Spring and Fall of 2021, will be given by Laurie Anderson.

Anderson is known as an avant-garde artist, composer, musician, and film director. She is also considered a pioneer in electronic music and has invented several devices used in her recordings and performance art shows.

The term “poetry” is interpreted in the broadest sense to encompass all poetic expression in language, music, or the fine arts; past Norton Professors have included T.S. Eliot, Jorge Luis Borges, Leonard Bernstein, Czeslaw Milosz, John Cage, and Nadine Gordimer.

The 2009-10 Norton Lectures, the first organized under the auspices of the Mahindra Center, were given by Nobel laureate Orhan Pamuk. Since then the Center has hosted William Kentridge, Herbie Hancock, Toni Morrison, Frederick Wiseman, Wim Wenders, and Agnès Varda.