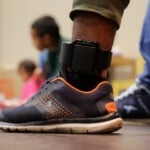 San Francisco has fewer pretrial detainees in jail. But at what cost?

Kang-Kuen Ni, professor of chemistry and chemical biology, has received the 2023 New Horizons in Physics Prize from the Breakthrough Prize Foundation. The New Horizons prizes are awarded to early-career scientists who have made significant contribution to the fields of Fundamental Physics, Life Science, and Mathematics. The Breakthrough Prizes were founded by sponsors Sergey Brin, Priscilla Chan and Mark Zuckerberg, Yuri and Julia Milner, and Anne Wojcicki.

“Congratulations to all of the Breakthrough Prize winners, whose incredible discoveries will pave the way for scientific discovery and spur innovation,” said CZI Co-Founders and Co-CEOs Priscilla Chan and Mark Zuckerberg. “These laureates and early-career scientists are pushing the boundaries of what’s possible in research and science, and we’re thrilled to honor their accomplishments.”

Ni was recognized for the development of optical tweezer arrays to realize control of individual atoms for applications in quantum information science, metrology, and molecular physics. The prize is shared with Hannes Bernien, Manuel Endres, Adam M. Kaufman,  Hannes Pichler and Jeff Thompson.

“The laureates honored today embody the remarkable power of fundamental science,” said Yuri Milner, “both to reveal deep truths about the Universe, and to improve human lives.”

In total, six New Horizons Prizes, each of $100,000, were distributed between 11 early-career scientists and mathematicians who have already made a substantial impact on their fields. With its five main prizes and early-career awards, the Breakthrough Prize’s total $15.75 million this year, making them the world’s largest science awards.