Inside the Bloomberg Harvard Negotiation for City Leaders program 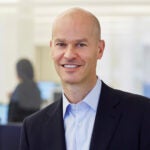 Barakett appointed to HMC Board of Directors

“We unleash amazing energy when we bring cutting-edge research and pedagogy from across the university into a room with cities’ most important negotiators,” said the initiative’s faculty co-chair, Jorrit de Jong, who also leads the new, University-wide Bloomberg Center for Cities and is the Kennedy School’s Emma Bloomberg Senior Lecturer in Public Policy and Management. “Those public leaders are going home with better individual negotiation skills and recalibrated organizational practices that will help them create significantly more value in their communities.”

Leading the week were faculty co-chairs Robert Wilkinson, a lecturer in public policy and leadership at Harvard Kennedy School, and Guhan Subramanian , who serves on the faculty at Harvard Law School and Harvard Business School. They were joined by de Jong and Kimberlyn Leary , who holds appointments at Harvard Medical School and Harvard T.H. Chan School of Public Health as well as at HKS, where she is a lecturer in public policy.

Mayors who have participated in the Bloomberg Harvard initiative over the past six years often identify negotiation as an area where they seek personal and staff-wide development. “We negotiate every day,” said Memphis, Tennessee, mayor Jim Strickland, who became a member of the first Bloomberg Harvard mayoral cohort in 2017. “Human resources and collective bargaining, real estate and economic development, city treasury and procurement functions, housing and homelessness: in so many contexts, our city needs to come to the table with sharpened skills to get optimal outcomes.”

His team agrees. Jennifer Sink, the city’s chief legal officer, echoed other participants in describing the sessions as “a gold mine.” She absorbed insights that will help her move often-adversarial situations toward mutually beneficial visions, leverage multiple types of negotiating power, and recognize how to respond to negotiating table challenges with winning moves.

“I’ll take as many of the teachings as I can back to my entire team,” said Doug McGowen, Memphis’ chief operating officer. “I expect we’ll be able to make better deals and save taxpayers’ money even as we navigate increasingly complex stakeholder environments.”

The centerpiece of the new program is a suite of curricular materials tailored to the public sector, including six teaching cases that progress from fundamental concepts to complex, multiparty situations, helping students and city leaders alike turbocharge their expertise.  The cases look at examples ranging from infrastructure development in Kampala, Uganda, to securing lawn mowing services in Stockton, California. The research and resources were produced by Brian Mandell, the Mohamed Kamal Senior Lecturer in Negotiations and Public Policy at HKS and director of the Negotiation and Conflict Resolution Collaboratory, in collaboration with the other program faculty and de Jong’s team. They are offered free online.