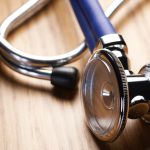 As lawmakers address the role of social media platforms in fueling the sort of extremism that led to the Jan. 6 Capitol riot, the Mossavar-Rahmani Center for Business & Government and the Digital Platforms and Democracy Project at HKS and NYU’s Stern School of Business have joined forces with other experts to make a series of practical recommendations to the Biden Administration. These include:

In recent years, the spread of disinformation and other harmful content online has eroded crucial democratic institutions, especially in connection with elections. The Biden Administration should move swiftly to address this threat and the new recommendations provide a roadmap for doing so.