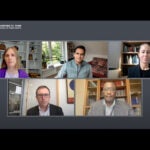 New tools for preventing the next pandemic

On Oct. 22, a ceremony inducting the four crew boats was held in the Lee Family Hall of History on Harvard’s Athletics campus, to coincide with the 2022 Head of the Charles Regatta. Eight-member varsity crews of the 2003 Radcliffe Heavyweight and 2003, 2004, and 2005 Harvard Heavywight boats were honored in an event hosted by crew alumnus Travis Metz ’91, HVC Hall of Fame Class of 2006.

To be eligible for the HVC Hall of Fame, an athlete must have graduated from the College at least 15 years prior and “achieved greatness for multiple years while competing for the Crimson.”