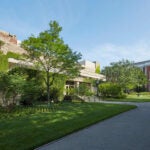 In a new policy analysis published by the Harvard Project on American Indian Economic Development (Harvard Project), researchers found that funding provided to tribal governments as part of the American Rescue Plan Act of 2021 was “grossly inequitable and contrary to the policy objectives of Congress, the Biden Administration, and the Treasury Department itself.”

Researchers examined the Treasury Department’s allocation formula, which distributed 65 percent of ARPA funds for tribal governments based on the number of total tribal citizens served by those governments. The remaining 35 percent of ARPA funds were distributed based on tribes’ total number of employees, Native and non‐Native, immediately before the COVID‐19 pandemic struck. The authors concluded that Treasury’s formula distinctly favored tribes with relatively high proportions of employees relative to enrolled citizens, which tend to be tribes with strong pre‐pandemic economies.

The report includes a number of suggested remedies for policymakers to consider, including: