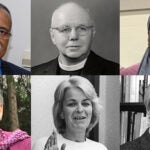 The Korea Institute at Harvard University announced today that longtime benefactor SBS Foundation has committed to further the Institute’s research capacity with a $4 million endowed fund for students and faculty across the University.

In recent years, applications by Harvard students for the Institute’s grants, scholarships, and programming increased substantially, along with enrollment in Korea-focused classes. The new SBS Foundation Research Fund will help meet that demand, expanding the University’s capacity to both generate scholarship—in fields such as history, culture, international relations, and more—and foster scholarly exchange between the United States and Korea.

“This generous gift supports a new phase of growth and maturity for the Korea Institute and Korean studies at Harvard, more broadly. Building on more than 35 years of leading scholarship and scholarly interchange, the SBS Foundation’s continued support enables us to better understand the country’s history, people, and culture,” said Sun Joo Kim, director of the Korea Institute and Harvard-Yenching Professor of Korean History.

Established in 1981 within Harvard’s Faculty of Arts and Sciences, the Korea Institute at Harvard University promotes the study of Korea and brings together faculty, students, and visiting scholars from across the University and around the world to create a leading Korean studies community at Harvard.

SBS Foundation, the Seoul Broadcasting System’s philanthropic arm under the leadership of the company’s chairman, Yoon Se Young, first established a professorship in Korean studies at Harvard and an endowed fund for the Korea Institute two decades ago. This continued support combines both Chairman Yoon’s long-held gratitude for U.S. assistance during the Korean War and post-war development, as well as his commitment to further Korean studies abroad. The gift was facilitated by the Korea Foundation’s Designated Donation program.