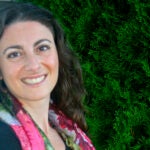 Appearing before a special House panel this week, Harvard Kennedy School (HKS) Professor Jason Furman called the growing economic divide, fueled by the pandemic, “the fundamental challenge our economy, and perhaps our society, faces.” Furman, the Aetna Professor of the Practice of Economic Policy jointly at HKS and the department of Economics at Harvard University, was speaking before the House Select Committee on Economic Disparity. He offered six points in his testimony:

Furman’s full testimony elaborated on each of these points and was part of a panel addressing “The Nature and Consequences of American Economic Disparity.” He noted that there was not a single solution: “In many respects, these disparities have hurt overall economic performance. There is no one solution to them but policymakers should do anything that both increases growth and reduces disparities — and then do a lot more to reduce disparities at an acceptable cost as well.”

The panel also included Joi Chaney of the National Urban League, Janet Currie of Princeton University, James Kenneth Galbraith of the LBJ School of Public Affairs at the University of Texas at Austin, and Shailly Gupta Barnes of the Poor People’s Campaign.