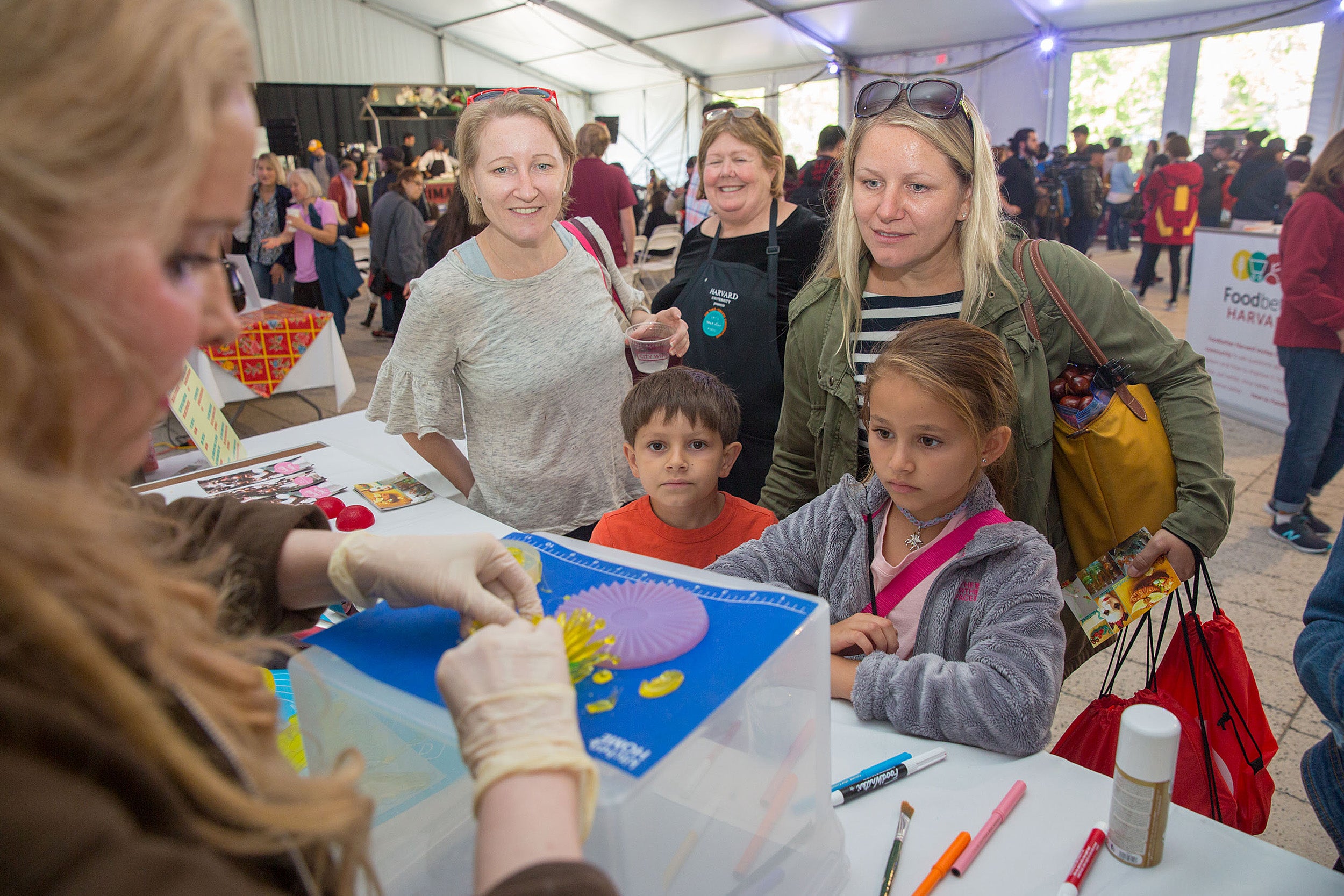 The Harvard Alumni Association (HAA) Awards were established in 1990 to recognize outstanding service to Harvard University through alumni leadership and engagement. This year’s awards ceremony will take place on Thursday, Oct. 24, during the fall meeting of the HAA Board of Directors.

Arena of New York City spent just one year in Cambridge, but his dedication to Harvard is felt around the world. A longtime leader of the Harvard Law School Association (HLSA) both regionally and internationally, he has served in numerous executive committee roles since 2004. Arena is currently president of the HLSA of New York City, co-chair of the HLSA International Committee, and a graduate school director on the HAA Board of Directors. He recently completed a three-year term as president of the HLSA of Europe and previously served as president of the worldwide HLSA. Embracing the spirit of “One Harvard,” Arena spearheaded engaging meetings and events with programming that blends law with other disciplines, drawing record attendance by alumni from across Harvard Schools. Under his leadership, the HLSA launched a new alumni website and enhanced its social media presence and communications outreach, leading to increased participation by young alumni. Arena was also a catalyst in expanding and revitalizing the organization’s more than 40 Clubs and Shared Interest Groups (SIGs) around the globe. Arena is a partner with Chiomenti and head of the Italian law firm’s New York office. He earned his J.D. and Ph.D. at the University of Catania in his native Sicily, where he was an assistant professor from 1996 to 1999.

Choi of Chicago has had a broad and illustrious career in service to Harvard as an alumnus and volunteer. A longtime alumni interviewer, former president of the Harvard Club of Chicago, and reunion leader for his College and Law School classes, he was elected by his fellow alumni to the HAA Board of Directors in 2009. Following a term as elected director, Choi held numerous executive positions for the HAA, including serving as president in 2015–16. As HAA president, Choi promoted University-wide citizenship with a goal of strengthening the global Harvard alumni community across the Schools and across geography and generations. He also led a review process that led to changes in the HAA board’s structure and approach to work. A proud resident of Pforzheimer House, he also sought to facilitate the creation of networks within the Houses, enabling alumni to develop professional relationships with undergraduates and each other, interweaving layers of micro-networks within the broader University-wide network. Choi remains an active volunteer across many parts of the University, serving as an elected member of the Harvard Board of Overseers — including its Visiting Committees for Harvard College and the Harvard T.H. Chan School of Public Health — and a past president director on the HAA Executive Committee. Choi is a partner and executive committee member at Sidley Austin LLP. He and his wife, Lisa, have a son, Derek ’18.

Fahs of Atlanta is a devoted Harvard volunteer both at home in Georgia and on campus. A former president of the Radcliffe Club of Cincinnati, she has been a member of the Harvard Clubs of New York, Cincinnati, London, and Georgia, holding board positions in Cincinnati and Georgia. At the Harvard Club of Georgia, Fahs initiated the use of Facebook to connect with local undergraduates at Harvard and chaired the Club’s Schools and Scholarships Committee, coordinating hundreds of interviews between alumni and prospective students. In 2011, she was elected to the HAA Board of Directors. Following her term as elected director, she served as chair of the University-wide Schools and Scholarships Committee and as an advisor to the Harvard College Fund, recommending best practices for giving that were developed as part of her ongoing work on the Class of 1983 Associates Committee. A dedicated class leader, she has been a regular member of reunion planning and gift committees for decades. Fahs directs the intern and volunteer programs for CARE, an international nongovernmental organization focused on fighting global poverty. She also serves on the board of the National Center for Civil and Human Rights. She and her husband, Reade Fahs ’82, have three children, including Ginny ’14 and Ramsey ’18.

Jennings of New York City has dedicated his career and volunteer service to championing inclusion and belonging, both at Harvard and in society at large. An alumni interviewer, Harvard Business School guest lecturer, and Harvard Club of New York member, he was elected to the HAA Board of Directors in 2008. While an elected director, he co-chaired the fundraising campaign for Harvard’s first endowed chair in LGBT studies. The former co-chair of the Harvard Gay and Lesbian Caucus (HGLC), he was awarded the HGLC Respect Award in 2007 to honor his pivotal role in founding the nation’s first Gay-Straight Alliance and what would become GLSEN (Gay, Lesbian, and Straight Education Network). His deep commitment to all students as well as his fellow alumni was recognized with his election as chief marshal at his 25th Reunion. In 2012, Jennings spoke at Harvard’s annual Public Interested Conference about his time in the Obama Department of Education battling bullying and LGBT teen suicide. The first in his family to go to college, he founded the First Generation Harvard Alumni SIG, which earned the HAA Clubs & SIGs Committee’s Outstanding Contribution Award for establishing a mentorship program and assisting the First Generation Student Union in winning official recognition from the College, among other initiatives. Jennings is an acclaimed educator and academic administrator, Lambda Award–winning author, and president of the Tenement Museum in Manhattan.

Johansson of Omaha, Nebraska, is a passionate proponent of Harvard’s Native American outreach and a tireless advocate for rural and minority health care access. Beginning as an HAA elected director in 2006, he has worn many hats in his service to Harvard, including nine years on the Harvard T.H. Chan School of Public Health Alumni Council and eight years on the board of the Harvard Club of Sweden. Of African American, Cherokee, and Swedish descent, he devoted countless hours to the most vulnerable as a student and faculty member, completing the Commonwealth Fund Fellowship in Minority Health Policy and serving as an instructor of social medicine at Harvard Medical School. He was integral in ensuring the representation of the Mashpee Wampanoag Tribe, the Nipmuc Nation, and the Wampanoag Tribe of Gay Head Aquinnah in ceremonies commemorating the 350th anniversary of the Harvard Indian College. He also facilitated the introduction of the Mashpee Wampanoag Tribal Health Advisory Committee and petitioned for the conferral of a posthumous degree upon Joel Iacoomes, Class of 1665, one of the first Native Americans to matriculate at Harvard. For his unwavering dedication to the well-being of underserved communities, Johansson was recognized with the Medical and Dental School Deans’ Community Service Award, the Dr. Fang-Ching Sun Memorial Award, and the Albert Schweitzer Award. Johansson is a consultant for Wabanaki Public Health, a Tribal-serving public health district in the state of Maine.

White-Hammond of Boston is a caring and committed member of the Harvard community whose public service spans decades and continents. Following her graduation from Harvard Divinity School (HDS), she joined the Children’s Health Advisory Council at the Harvard T.H. Chan School of Public Health, where she offered her expertise as a pediatrician and program coordinator for at-risk young black women. She has spoken at numerous engagements on campus — including the Women’s Studies in Religion Program, two HDS Alumni Days, and the HAA’s “Public Service: Activism in Action" — about her work with two fellow HDS alumnae aiding in the liberation of thousands of enslaved Sudanese women, and their subsequent founding of My Sister’s Keeper, a women-led humanitarian and human-rights initiative that partners with diverse Sudanese women in their efforts toward reconciliation and reconstruction of their communities. In 2015, White-Hammond was appointed the Swartz Resident Practitioner in Ministry Studies at HDS to explore learning opportunities at the intersection of medicine and spirituality. She has also held several volunteer leadership roles for the School, serving on the HDS Alumni/Alumnae Council and as a graduate school director on the HAA Board of Directors. A retired pediatrician, White-Hammond is executive director of My Sister’s Keeper and co-pastor of Bethel AME Church in Dorchester, Mass., with her husband, Rev. Ray A. Hammond II ’71, M.D. ’75, A.M. ’84.