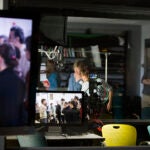 In a study published in Nature in May, researchers shared new insights on the ancient history of humans. Through genome sequencing, they compared ancient DNA samples with modern counterparts to more accurately track human activity.

The DNA samples used in the study represented 4,000 years of human life, from 2500 BCE to 1500 CE. The results show a fascinating historical and genetic transition among ancient peoples. After humans domesticated horses, Eurasian farmers were slowly replaced by mounted warriors of East Asian ancestry. The data also show that ethnic groups of the Eurasian steppes intermixed, which allowed languages and cultures to spread quickly across the region.

Additionally, the researchers discovered a possible origin of the Justinian plague, an epidemic that killed about 25 million people during the 6th century. Scientists once believed that the plague originated in Egypt and spread throughout Europe. According to this new analysis, the likely origin was Central Asia, from which the disease could have spread widely along the Silk Road, an ancient network of trading routes.

“Such research and discoveries can only come about because of international partnerships and interdisciplinary work,” says Rana Dajani, a coauthor of the study, an associate professor at Hashemite University in Jordan, and the 2017–18 Rita E. Hauser Fellow at the Radcliffe Institute for Advanced Study at Harvard. “This is proof that one can do good science even in a developing country and contribute to the scientific endeavor.”

Prior to joining this research team, Dajani studied the variety of ethnic populations of the Eurasian steppes. She says these cultures had not been studied previously; they drew her attention because she wanted to develop a research question that would be relevant in the international arena.

Not only do the study results offer important conclusions about the anthropological roots of different ethnic groups, but other disciplines can utilize the findings to advance their own research. For example, linguists studying the spread of language and geneticists searching for the origin of certain diseases benefited from this project.

“Now is an extremely exciting time, when the computational analysis of ancient and modern genome data is refining and revising our view of human history,” says Professor Richard Durbin, of the University of Cambridge and the Wellcome Sanger Institute, who co-lead a subsequent paper in Science.

The authors hope to see this type of multidisciplinary work continue in the future.

“The recent breakthroughs in ancient genomics pose challenges for archaeologists, linguists, and historians,” says Guus Kroonen, of Leiden University and the University of Copenhagen, and additional coauthor of the Science paper. “We now see that geneticists are inspired by key questions from the humanities, and that research within the humanities is revitalized.”