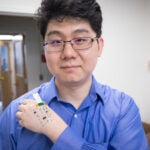 Erika Lee will join the Faculty of Arts and Sciences as the second hire of senior faculty dedicated to teaching and scholarship of ethnicity, indigeneity, and migration (EIM). An award-winning historian and expert on Asian American history and immigration, Lee will begin her role as the inaugural Bae Family Professor of History in July 2023, but will be on leave until the following summer.

The granddaughter of Chinese immigrants, Lee grew up in the San Francisco Bay area and attended Tufts University. She earned her Ph.D. from University of California, Berkeley. She currently teaches American history at the University of Minnesota where she also serves as director of the school’s Immigration History Research Center. She had authored four award-winning books on U.S. immigration and Asian American history, including “The Making of Asian America: A History” and “America for Americans: A History of Xenophobia in the United States.”

“I am incredibly honored to join Harvard’s History Department and to continue the decades of work by students, alumni, and faculty to build Ethnic Studies at Harvard,” said Lee, who will also be a Radcliffe Alumnae Professor at the Radcliffe Institute.

Lee’s appointment builds on Edgerley Dean of the FAS Claudine Gay’s efforts to amplify teaching and research on racial and ethnic inequality. In April, Taeku Lee joined the faculty as the first Bae Family Professor of Government. Vivek Bald, whose work examines histories of migration to the Department of African and African American Studies, is the first Harvard College Visiting Professor in EIM . Gay has also expanded the Inequality in America postdoctoral fellowship program to four (previously two) early career scholars whose work focuses specifically on racial and ethnic inequality.

“Erika Lee is a trailing blazing historian of the Asian American experience. There is no voice of greater authority in this domain. Moreover, she brings a keen and critical eye to recent anti-Asian, Anti-immigrant and Xenophobic movements in the U.S. She is a truly powerful writer and voice, with wide influence across the social sciences and humanities. Erika Lee is exactly the sort of eminent and impactful scholar Dean Gay had hoped to attract with the Ethnicity, Indigeneity and Migration cluster hire,” he said.

The Bae Family Professorship is part of a recent larger gift from Asian American alumni to support Asian American Studies. In addition to supporting the cluster EIM hire, it will invest in EIM visiting scholars as well as the Inequality in America postdoctoral fellow program.