EPA proposal could derail use of new research 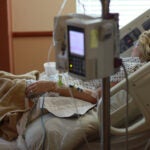 Harvard T.H. Chan School of Public Health researchers are working on a study that aims to shed light on how buildings affect the health, well-being, and productivity of office workers. But U.S. Environmental Protection Agency (EPA) staffers may not be able to take into account the findings of the study — and the findings of other major public health studies — in setting regulations if a controversial new proposal from EPA Administrator Scott Pruitt is approved.

Pruitt’s proposal would ban the use of studies based on data that hasn’t been made public — what he has called “secret science.” Without publicly available data, he has argued, other scientists can’t reproduce these studies’ findings to ensure their validity. Critics of Pruitt’s proposal have pointed out that many important public health studies rely on sensitive personal data that cannot be made public without violating study participants’ privacy, and that these studies have been vetted by the scientific community.

“All of our work, of course, is peer reviewed in top academic journals and has gone through that process that we’ve all used for many decades now,” said Joseph Allen, assistant professor of exposure assessment science at Harvard Chan School, co-director of C-CHANGE, and principal investigator of the new study, in a June 18, 2018 article in E&E News.

Allen added that he thinks Pruitt’s proposal represents an effort to exclude important public health research from EPA consideration. “This administration long ago signaled its intent to dismantle important environmental protections at the expense of our collective health, and they are acting on that promise,” he said.