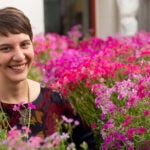 The future of the environment, and, with that, the future of the world, is an issue of growing urgency. How can we work to combat the present reality of climate change, and address those who are directly impacted by it? The Harvard College Women’s Center answers with its new Statement of Commitment to Environmental Justice.

Using the Harvard University Sustainability Plan as a reference, the Women’s Center listed the four areas they would act on for a more sustainable future: campus operations, culture and learning, emissions and energy, and health and wellbeing. Their outlined initiatives take on a holistic approach to environmental consciousness, from encouraging “Meatless Mondays” and turning off all lights in the space, to eliminating disposable plastics and hosting events that focus on the intersections of environmental justice.

Located in Canaday B Basement, the office is well known on campus for its work in promoting gender equity by raising awareness of women’s and gender issues. This latest statement directly aligns with its mission as the Women’s Center acknowledges that “neglect and destruction of the environment affects and people of color in low-income communities globally.”

The statement was produced based on discussions during meetings and rounds of editing and feedback between interns and staff. “While we are trying our best as an office to make strides towards reducing our environmental impact, we recognize that there are larger and more powerful systems and industries who are to blame for the brunt of environmental issues that marginalized communities conversely must confront,” said Harvard College Women’s Center intern Julie Chung ’20.

Chung had previously led programming on environmental efforts in a “Let’s Talk” event, a weekly series that the Women’s Center holds every Wednesday evening on a variety of topics. She explained that the intention of the “Let’s Talk” on Environmental Justice was to combat the stereotypes of environmentalists being “depicted or marked as white, wealthy backpackers,” and instead “rework these assumptions, since environmental problems actually disproportionately affect low-income neighborhoods of color in the U.S.”

The environmental justice movement has gained a great deal of momentum in recent years by broadening the perspective of the environment beyond the scope of conservation and preservation of natural resources. The movement has been defined by U.S. Department of Energy as an obligation to ensure that “no population bears a disproportionate share of negative environmental consequences resulting from industrial, municipal, and commercial operations or from the execution of federal, state, and local laws; regulations; and policies.”

A major hurdle in fighting climate change has been getting people to understand and fear what appears to an intangible threat to the future. By actively making a commitment to environmental justice, the Women’s Center has highlighted the pressing need to take concrete action for the environment — an inspiration that they hope other offices will follow.