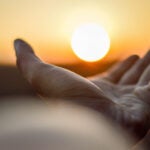 SHINE research recognized with Paper of the Year award

“The world needs Schwarzman Scholars now more than ever before,” Stephen A. Schwarzman, the founding trustee of Schwarzman Scholars, said in a statement. “We are confident that these extraordinary young people will seize this opportunity to act with intellect and integrity, address pressing global issues, deepen cross-cultural connections, and fulfill the mission of Schwarzman Scholars: to create a steadfast network of future global leaders.”

Corbin Duncan ’22 is a Government concentration. He has worked for the Organisation for Economic Co-operation and Development (OECD), the Australian Labor Party, and as a consultant. At Harvard, Duncan worked as the campaign manager of Harvard Forward and conducted research under the BLISS program.

Emilly Fan ’22 is concentrating in Environmental Science and Public Policy and is dedicated to addressing climate change by promoting cross-sector decarbonization and energy education. Fan was president of the Harvard Undergraduate Clean Energy Group and served as a correspondent for the Harvard Gazette at COP26.

John Ferguson ’22 is a Government concentrator and will also graduate with a master’s degree in Regional Studies – East Asia. Ferguson was part of the founding board of the Harvard Undergraduate Foreign Policy Initiative, which built the world’s largest high school foreign policy conference.

Nicholas Maxwell ’22, who is concentrating in Social Studies, was the varsity member of the Harvard Mock Trial Team, chairman for Harvard’s Alexander Hamilton Society, and Speaker of the House for Harvard Model Congress. His original research on marijuana access in Ohio was published by Ohio State’s Law School.

Michael Richmond ’22 is an Economics concentrator who served as vice president of the Harvard Black Students Association. Richmond co-founded the BLK Foundation, a 100 percent Black student-run non-profit that partners with different organizations to build a network of support for Black entrepreneurs.

James Bedford ’20 graduated with a bachelor’s in Stem Cell Biology and Education. While at Harvard, Bedford was the first undergraduate student to design and teach a full course at the College and was the founding co-chairman of the FYRE program, a pre-orientation program for under-resourced students.

William Ge is a Harvard Medical School student in the Harvard-MIT Health Sciences & Technology program. At Harvard, Ge co-founded a reminiscence therapy app to connect the socially isolated elderly with their loved ones. He has co-authored eight peer-reviewed articles on genomics, immune-oncology, and bioinformatics.