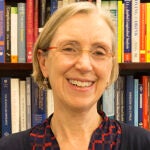 Antibiotics were once lauded for their impressive abilities to fight infection. Now, in an era of rampant antibiotic resistance, Harvard T.H. Chan School of Public Health researcher Yonatan Grad is pioneering new ways to track and control the spread of infectious disease — and preserve the drugs’ potency.

In any battle, ‘Know thy enemy,’ is sage advice, but those guiding words are especially relevant in the global fight against antibiotic-resistant pathogens. According to the Centers for Disease Control and Prevention (CDC), each year in the United States alone, at least 2 million people become infected with antibiotic-resistant bacteria. Some 25,000 people die as a direct result of these infections, while many more succumb to other conditions exacerbated by antibiotic resistance. In addition to this significant human toll, antibiotic resistance increases health care costs by an estimated $20 billion per year.

Understanding how microbes evolve and spread through populations and why drug-resistant infections unfold differently in different patients forms the essence of heightened efforts to combat them. The Harvard Chan School’s Yonatan Grad, M.D. ’01, Ph.D. ’04, a physician-scientist working at the interface of bacterial genetics and genomics, bioinformatics, and epidemiology, is uncovering answers to these questions.

“In order to address the antibiotic-resistance crisis, we need to update public health microbiology,” says Grad, an assistant professor in the Department of Immunology and Infectious Diseases. “That means harnessing modern genomic tools as well as computational approaches to improve how we work, both at clinical and public health levels, to lower the burden of disease and slow or contain the spread of resistance.”