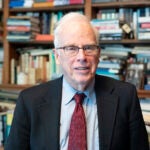 Harvard ethicist and author Danielle Allen will be honored this fall for her contributions to the humanities in the Bay State when she accepts her 2019 Governor’s Award in the Humanities. Award recipients are nominated each year by Mass Humanities and confirmed by Governor Charlie Baker. Allen is the James Bryant Conant University Professor at Harvard University and Director of Harvard’s Edmond J. Safra Center for Ethics. She is widely known for her work on justice and citizenship in both ancient Athens and modern America. Allen is the author of five books, including most recently “Cuz: The Life and Times of Michael A.” (2017).

The humanities community will fete the awardees at Mass Humanities’ gala dinner on Oct. 27 at the John F. Kennedy Presidential Library and Museum.

“These four individuals reflect a thriving humanities ecosystem in the Commonwealth,” said Mass Humanities Executive Director Brian Boyles. “From the origins of the Declaration of Independence to the preservation of historic buildings, they strengthen their communities through their research, civic participation, and commitment to the public good.”

Each year Mass Humanities recognizes individuals and organizations for excellence in the humanities. Past awardees include Henry Louis Gates, Jr., the Lowell Institute, journalist Sasha Pfeiffer, and Massachusetts Supreme Court Justice Margaret Marshall. As the state affiliate of the National Endowment for the Humanities, Mass Humanities supports humanities programs across the state.