Children with malaria face gaps in care across sub-Saharan Africa 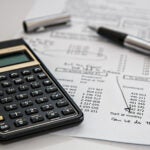 The study, published on Sept. 14 in PLOS Medicine, focused on data from Uganda, Rwanda, Namibia, Kenya, Malawi, Senegal, Ethiopia, Tanzania, and the Democratic Republic of Congo. The findings showed that the proportion of children who were diagnosed with malaria by blood test and received appropriate antimalarial treatment ranged from 3.4 percent to as high as 57.1 percent across the nine countries. Nearly two-thirds of children with a malaria diagnosis either did not receive a blood test diagnosis or were not given a recommended antimalarial, according to the findings.

The study, led by Jessica Cohen, Bruce A. Beal, Robert L. Beal, and Alexander S. Beal Associate Professor of Global Health at Harvard T.H. Chan School of Public Health, also found that nearly 10 percent of children diagnosed with malaria received oral artemisinin monotherapy, which is not recommended due to concerns with drug resistance.

Significant gaps in clinical care persist even though malaria tests and effective antimalarial medications have become more accessible in the countries studied, the researchers noted.