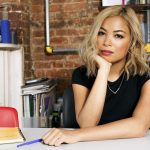 The Camille and Henry Dreyfus Foundation announced this week that James (Jim) G. Anderson is the recipient of the organization’s highest honor and only international prize, the 2021 Dreyfus Prize in the Chemical Sciences. This year, the $250,000 biennial prize was awarded for work in environmental chemistry. Anderson, the Philip S. Weld Professor of Atmospheric Chemistry, was chosen for his ground-breaking measurements of the free radicals that drive atmospheric chemistry and for his foundational work to form global agreements to protect the vulnerable stratospheric ozone layer.

“Jim Anderson has created the tools and the instrumentation to understand the mechanistic links among the chemistry, radiation, and dynamics in the atmosphere that control climate,” said Matthew Tirrell, chair of the Dreyfus Foundation Scientific Affairs Committee and Dean of the Pritzker School of Molecular Engineering at The University of Chicago, in a press release.

Anderson’s research merges theoretical approaches from chemistry, physics, and applied mathematics to address increasingly critical challenges in global climate and energy. He and his lab also design novel instrumentation — including optics, laser systems, interferometers, robotics electronics, and even state-of-the-art aircraft and satellites — to decipher how atmospheric chemistry impacts climate and identify where and how carbon and other greenhouse gases are being released into the atmosphere (from, for example, fracking wells) or, alternatively, get absorbed in carbon “sinks.” Anderson is also a champion of innovative approaches to physical science curricula for undergraduate students, often incorporating real-life examples from his work to better captivate his students.

Most recently, Anderson and his lab collected data on increasing greenhouse gas emissions from thawing Arctic permafrost. In another critical discovery, he uncovered evidence that the protective stratospheric ozone layer above the central United States is vulnerable to erosion during the summer months from ozone-depleting chemical reactions, exposing people, livestock and crops to the harmful effects of UV radiation (and more intense storms). And finally, in a demonstration of his commitment to both atmospheric research and education, he and a team of undergraduate students developed an instrument to measure the concentrations of stratospheric chemicals that cause ozone depletion.

As a testament to Anderson’s landmark contributions to the field of environmental chemistry, he has been invited to testify on numerous occasions before both Senate and House committees to offer his expert advice on national energy and climate issues. And, his research on chlorofluorocarbons (or CFCs) proved to the international community that CFC emissions produced irreparable harm to the atmosphere, leading to a global agreement called The Montreal Protocol to curtail emissions.

The Dreyfus Prize honors Anderson’s decades of work that have influenced not only his field of environmental chemistry but undergraduate education and worldwide environmental policy.

“Increasingly, private scientific foundations are driving innovation within rapidly developing, multidisciplinary, scientific initiatives of critical importance to both expanded educational opportunities and unprecedented research opportunities,” Anderson said in a Dreyfus Foundation press release. “For 75 years the Dreyfus Foundation has pioneered innovation in chemistry and chemical engineering in the context of coupling research and education to societal responsibility, and to solve global scale issues that sustain the human endeavor. Thus, I am deeply moved by receiving the Dreyfus Prize in the Chemical Sciences.”

The Camille and Henry Dreyfus Foundation was established in 1946 by Camille Dreyfus, a chemist, inventor, and businessman, who sought to advance the science of chemistry, chemical engineering, and related sciences as a means of improving human relations and circumstances throughout the world. The Foundation will commemorate Anderson’s achievements in an award ceremony to be held at Harvard in the fall.