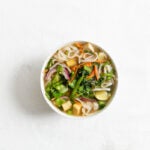 Innovative new treatments, improved health care delivery systems, and a coordinated global response are among the strategies needed to help the world prepare for future pandemics, Bill Gates, co-chair of the Bill & Melinda Gates Foundation, told Michelle A. Williams, Dean of the Faculty at Harvard T.H. Chan School of Public Health, on April 27, 2018 during a Q&A before a packed audience at the World Trade Center in Boston.

The conversation followed his announcement of the Bill & Melinda Gates Foundation’s plan to award a $12 million Grand Challenge, in partnership with the Page family, to accelerate the development of a universal flu vaccine.

The Microsoft co-founder was in Boston to deliver the 128th annual Shattuck Lecture, “Epidemics Going Viral: Innovation vs. Nature.” The event was sponsored by the Massachusetts Medical Society and the New England Journal of Medicine.

The Gates Foundation aims to prevent more than 11 million deaths, 3.9 million disabilities, and 264 million illnesses by 2020 through vaccine coverage and support for polio eradication.

In response to a question from Williams about what he looks for when assessing big ideas, Gates said he began to focus on global health in the late 1990s after the World Bank reported that a relatively small number of diseases were responsible for a large proportion of deaths in developing countries, and not in countries in the developed world. He learned that medications and other tools already existed to treat many of the diseases, but that poorly functioning health delivery systems in many developing nations kept treatments from reaching the populations. “We took a two-pronged approach, funding both the ‘upstream’ areas of research — promising research that wasn’t getting much funding — and ‘downstream’ areas,” such as improving primary care delivery systems in nations like Nigeria, he said.

Gates noted that progress is being made in reducing child mortality. Increased understanding of the important role of nutrition, maternal and infant care, as well as a better understanding of the immune system are among the factors helping to reduce mortality in some areas. He cited a recent clinical trial in which a few doses of an inexpensive antibiotic given over two years reduced childhood deaths from diarrhea and other diseases. “It’s a very promising example of working upstream and downstream and really solving the problem here and now while thinking about how to work out the mechanisms,” Williams said.

When asked how to “close the deal” on malaria, Gates said antibiotic resistance in recent years has contributed to a resurgence of the disease after progress had been made. Nevertheless, he said he is very hopeful about malaria because of digital tracking of mosquitoes and other promising research efforts underway. “Centers like Harvard and Oxford using low-cost digital technology are making us a lot smarter about what’s going on with this disease,” he said.