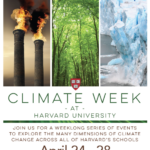 Ban Ki-moon M.P.A. ’84, former Secretary-General of the United Nations and a Harvard Kennedy School (HKS) alumnus as an Edward S. Mason Fellow, has been named the Angelopoulos Global Public Leaders Fellow at the Kennedy School, it was announced today by HKS Dean Douglas Elmendorf. He will begin his Fellowship this month and will serve through the spring semester.

Ban was the eighth Secretary General of the United Nations, serving from 2007 until 2016, during which time he is credited with implementing significant reforms to the U.N.’s peacekeeping and employment practices, as well as pushing international efforts to address global climate change.  Prior to his tenure as Secretary General, Ban served many years in the South Korean Foreign Service, where he held many important positions including National Security Advisor to the President, and Ambassador to Austria and Slovenia. He served as the nation’s Foreign Minister from 2004 to 2006.

As Angelopoulos Fellow, Ban will become an active participant in the academic and intellectual life of the school, meeting with students, collaborating with scholars and researchers, lecturing, writing and participating in occasional public discussions and forums.