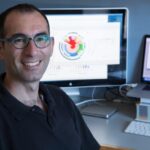 Australia-Harvard Fellowships are offered by the Harvard Club of Australia Foundation supporting learned exchange between Harvard University and Australia.

These fellowships are aimed at creative scientists normally based at Harvard who have a persuasive plan for collaborative work in Australia with Australia’s best bioscience researchers and educators. The award also supports Australian researchers who wish to follow-up joint initiatives at Harvard.

The foundation seeks to attract applicants whose work will bring clear benefit to Australia as well as Harvard. It normally envisages a working visit of several months, during which it encourages Fellows to interact widely including with educators and students.

Some senior applicants favor a shorter visit, but one that enables them to take a primary role in a symposium or instructional course open to numbers of Australians. Another option is the opportunity to undertake longer studies, for example, of sabbatical duration.

The foundation especially values applicants who can demonstrate strong potential for “breakthrough” impacts resulting from their collaborations and where its contribution may be seen as “seed capital” for superior innovations.

Australia-based applicants become eligible when they can demonstrate significant value in working at Harvard with a former fellow from Harvard, and have the intention to bring advances back to their Australian institutions.

Applications for 2017 awards close on Sept. 12, 2016. Successful applicants will be notified by the end of December.