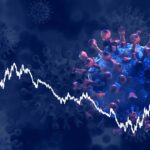 The American Repertory Theater (A.R.T.) at Harvard University, led by Terrie and Bradley Bloom Artistic Director Diane Paulus and Executive Director Kelvin Dinkins Jr., announced a new, five-person version of “Twilight: Los Angeles, 1992,” an award-winning docudrama by longtime (A.R.T.) collaborator Anna Deavere Smith and “The Wife of Willesden,” the North American premiere of a new adaptation of Chaucer’s tale “The Wife of Bath” that celebrates community and the human knack for telling tales as additions to the 2022/23 programming lineup.

“Twilight: Los Angeles, 1992” will play from Aug. 28 to Sept. 23, 2022 at the Loeb Drama Center in Harvard Square. It is conceived, written, and revised by Anna Deavere Smith (“Notes from the Field: Doing Time in Education,” “Let Me Down Easy,” “Fires in the Mirror”). A cast of five will be directed by Taibi Magar (“Macbeth In Stride,” “We Live in Cairo”).

“The Wife of Willesden” will play from Feb. 25 to March 18, 2023 at the Loeb. Adapted by Zadie Smith from Chaucer’s “The Wife of Bath,” it is directed by Indhu Rubasingham. The production comes to A.R.T. for its North American premiere from London’s Kiln Theatre, where it will be remounted in December following its acclaimed premiere last year.

As previously announced, A.R.T. will also produce the North American premiere of “Life of Pi,” a stage adaptation of the best-selling novel and winner of the 2022 Olivier Award for Best New Play. “Life of Pi” will play at the Loeb Dec. 4, 2022 – Jan. 29, 2023. It is by Lolita Chakrabarti, will be directed by Max Webster, and is based on the best-selling novel by Yann Martel.

To learn more about additional programming, including one yet-to-be-announced play at the Loeb in May and June 2023, visit the A.R.T. programming schedule.

“We have such an extraordinary lineup of must-see theatrical experiences in store for our audiences,” said Terrie and Bradley Bloom Artistic Director Diane Paulus. “Anna Deavere Smith’s illuminating work has engaged A.R.T.’s audiences for many years, so I’m thrilled that we will produce her new ensemble version of “Twilight: Los Angeles, 1992,” a kaleidoscopic examination of the 1992 LA riots and their continuing resonance today. We are also excited to invite audiences to revel in the stunning puppetry and storytelling of “Life of Pi” and the brilliant writing of Zadie Smith’s “The Wife of Willesden,” set in a boisterous British pub. I’m also excited that A.R.T. audiences will have the opportunity to see the national tour production of “Jagged Little Pill,” which I am directing, when it comes to Boston in June 2023.”

Subscription packages that include three or four productions begin at $99 and are now on sale to select A.R.T. donors. Packages will be available to renewing subscribers on Friday, June 24 at noon; to all A.R.T. Members on Thursday, June 30 at noon, and to the general public on Thursday, July 14 at noon. Learn more at the American Repertory Theater.